Elésin Oba Movie: A fine spectacle and a decent work of art 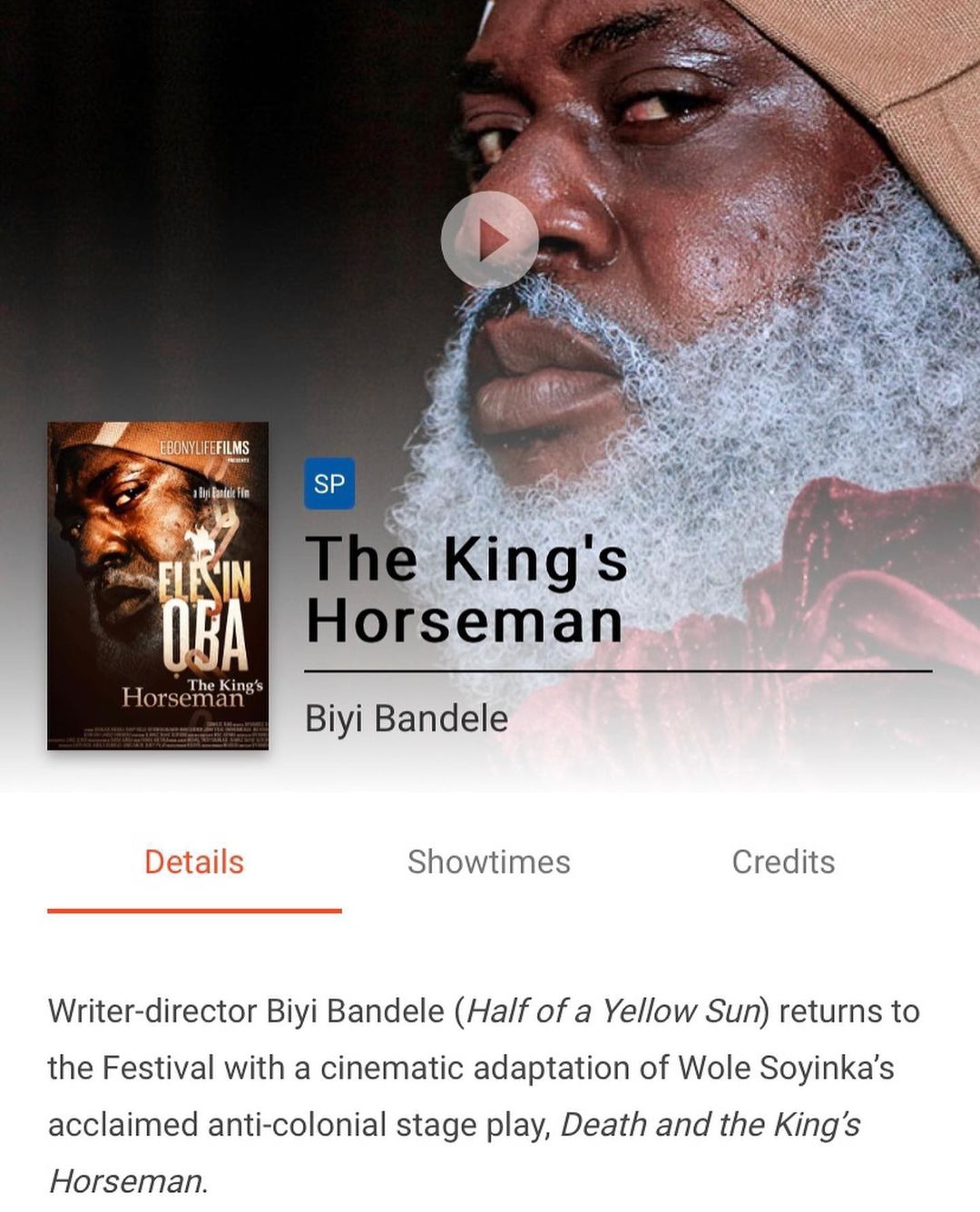 Elésin Oba- The King’s Horseman, a Biyi Bandele directorial won’t come across as a sublime movie if all you’re about is movie to keep you on the edge of your seat while you feast on a pack of popcorn. I always tell people that when a movie is an adaptation of a book, you should either read the book before seeing the movie or see the movie with an open mind and reflect on what could or couldn’t have been_as against being a spoilsport.

Wole Soyinka did a great job writing that book “Death and the King’s Horseman many years ago, even before some of us were born, and to be cando, perhaps that’s one reason most people who have seen this movie can’t easily bring themselves to come to terms with the essence. And since they say “when the essence of a thing isn’t known, abuse is inevitable”, that’s totally understandable. 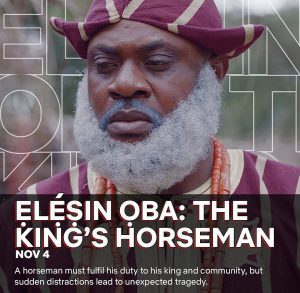 I come from a royal family, and albeit the title Abóbaku is not a thing in my town, I’ve been able to hear and read tales in that regard. Therefore, the understanding of what Elésin Oba was trying to showcase coupled with a quick skim through the adapted Wole Soyinka’s book before seeing the movie gave me a lead of what to expect. 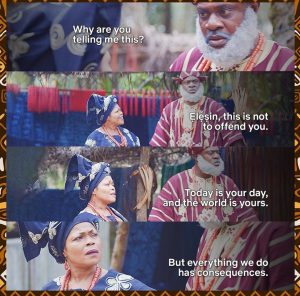 Well, this piece is getting too long for a Sunday. But below are a few things you should know before or after watching the movie;

Most adapted movie won’t entertain you from a ‘popcorn’ angle, so you should either watch them to understand a true life story, or an event of note that happened a long time ago, while you appreciate the art.

I saw some reviews saying Odunlade Adekola is an overact. I take an exception to that though_ cos if anything at all, Odunlade is easily a fine actor, and he seamlessly slotted into that Elésin Oba character in this one, and I can say the same for the ever stunning Shaffy Bello.

One thing I said while watching this movie was that the Gen Z generation won’t like this movie because it’s “not for them”. And only a few of them who love arts, Culture or have the slightest ideas about theatre would love and understand the movie. I think I was right with my sentiment. 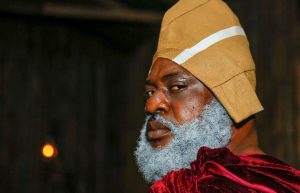 Finally, one downside of the movie that I’ve struggled to understand is the scene where the Elésin Oba was in prison conversing with Simon Pilkings in yoruba language, and the white man was somewhat responding as though he understood every word.

Are we made to believe that the whiteman understood the yoruba language?, or was it another paet from the book that I missed it on? That part remains a mindbug, but overall Elésin Oba; The King’s Horseman is a decent movie, and I’ll easily rate it 8/10.

And just before I drop pen, did you even know that the movie was premiered at the Toronto International Film Festival (TIFF)? I bet you don’t. Ire o!.

What’s your take on the movie?.