Party Primaries: All we know about the election so far 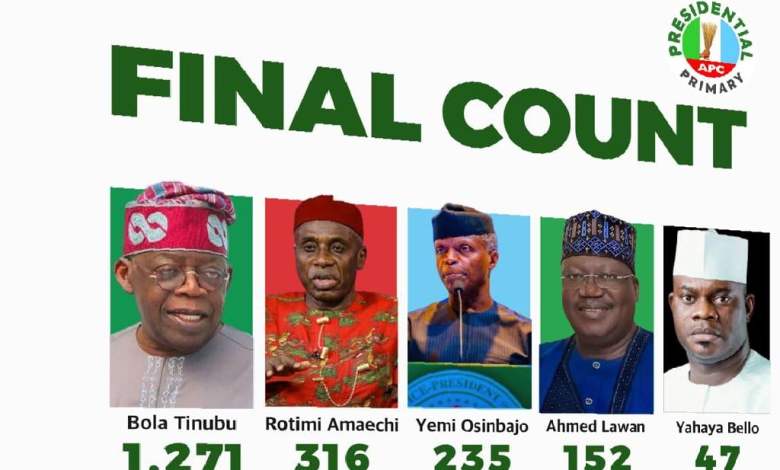 We are fucked! Simple and short.

Let us divide the country now, and everyone should take their state wealth and go, but the problem is that Tinubu will follow the Yoruba people. And we don’t want that.

As of yesterday, Tinubu had won the APC primary election by a landslide, terrifying almost all the citizens of Nigeria, at least well-meaning citizens; maybe this man who is well on his sick bed may be our next president.

And the fear is valid. We need to give Kemi Adetiba her coins because the entire ordeal of this election has seemed like a scene out of the King of boys.

From Atiku winning PDP primaries to Peter Obi pulling out from APC at the last minute and becoming a presidential candidate in his party.

I feel like Tinubu is the “Laburu” we didn’t know we had. Imagine climbing on a stage as a presidential aspirant and the only reason you can give us to vote for you is that it is your turn and then proceed to make a mockery of other dignitaries.

Nigeria is a film show and I’m not a paid actor.

Disclaimer: This article is plainly the writer’s POV, and is not in anyway a general perspective.

How to keep your productivity at optimal level