Can Liverpool do the quadruple? 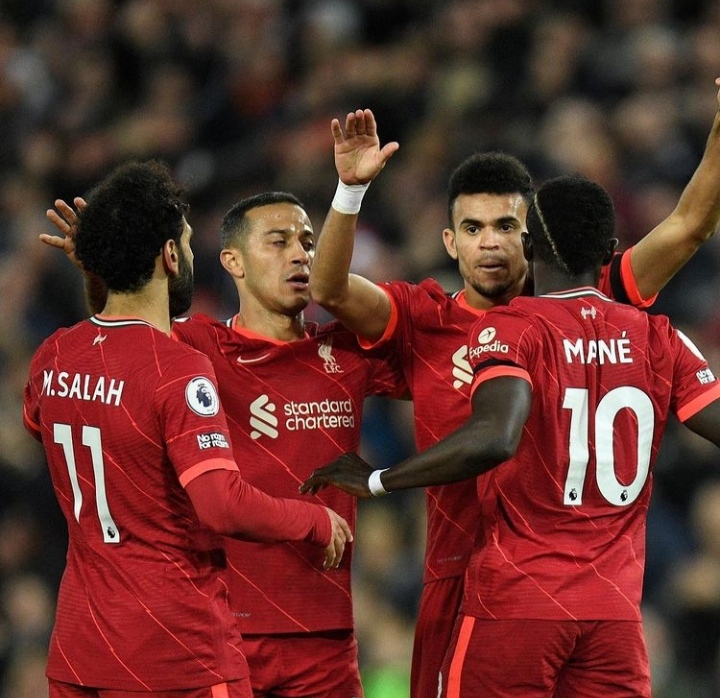 Liverpool’s quest for a quadruple got a fresh breathe of life when they toppled a rather disjointed Manchester united side at a packed Anfield last night. 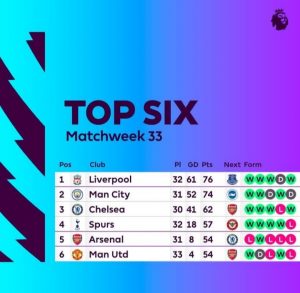 In what was by every means a vintage win that took the reds straight to the summit of the EPL, albeit having played a game more than their closest contenders, City_the strings on their bow keeps getting even more beautiful with each game. 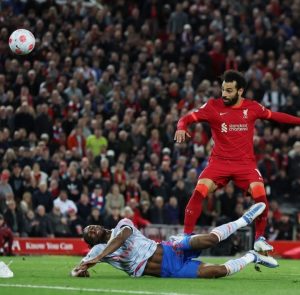 The match started off quite lively, especially from a Liverpool point of view, and after Diaz opened the scoring, the Reds never looked back from there on in.
They seamless tore the Old Trafford outfit apart at every turn with Salah orchestrating the massacre, just as he did at the theatre of dreams many months ago. 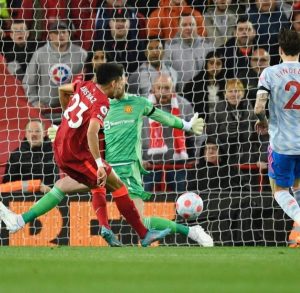 It’s still early days for talks of a quadruple, but with the Carabao Cup already in the bag, and after returning to the top of the log for the first time in a long while, an FA Cup final date with Chelsea and a less complicated fixture against Villarreal in the UCL Semis, there must certainly be some sense of believe amongst the Liverpoolians that they could well go all the way. And rightly so, right?. But then, it’s now over to the Cityzens to pull ranks. Well, if Brighton don’t have other ideas.

The Misinterpretation of Easter