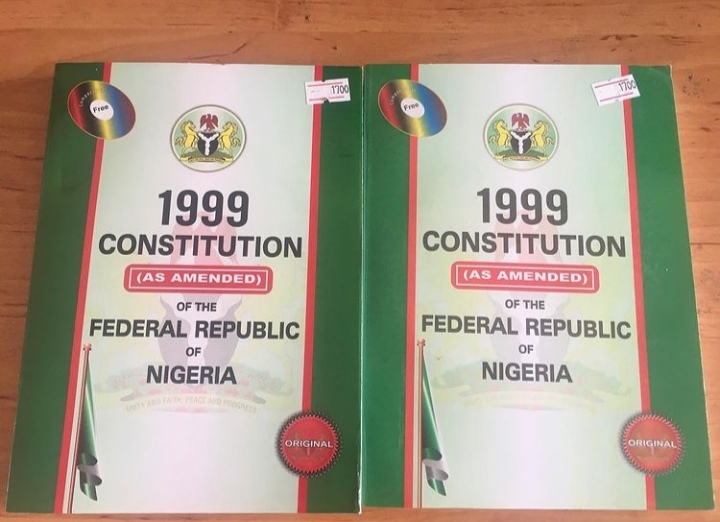 The current constitution, 1999 constitution, If I may add, is one we as frustrated and tired Nigerians, who are unhappy with constantly living in the past, have hoped, prayed and urged for an amendment and glory be to God, it happened, well I wouldn’t exactly end this intro on the post modern, mount Zion, note.

There is nothing glorious about the reform, here’s why;

So, section 34 of the constitution says that every individual is entitled to respect, obvi, for the dignity of his person, and no person shall be subject to torture or to inhuman or degrading treatment.

The constitution anyway; did not state that the freedom from torture, cruel and inhuman treatment is a human right. So, they basically avoided in the elephant in the room, but addressed the fact that the room did seem to fill small, make e no be like they no talk.

2. THE JUDICIARY SYTEM REMAINED THE SAME.

With complete disregard for its citizens, especially the ones in jail, the federal government has decided to continue to bask in this attitude.

Well do exist, now only to the betterment of men. The new bill, was basically; Anti-women. They (on the first day of women’s month);

• Voted to deny citizenship to the foreign-born husbands of Nigerian women, when reverse is the case for men.

• Voted to deny women to take indigence in their husband’s state after five years of being together.

• They rejected 35 percent of appointed positions for women, drastically reducing our representation.

• 68 bills were passed, 5 were to promote opportunities for women, all were rejected.

• As at IWD, federal government stated they were going to revisit the mostly, gender biased bill and we hope, they do.

Are the Cityzens too strong or it’s just the EPL?

Chelsea in a mess as Russian owner is sanctioned