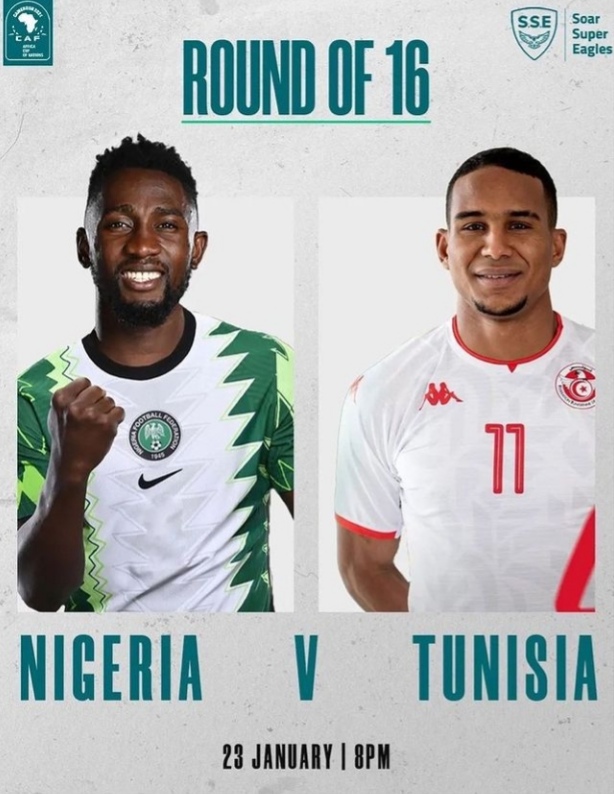 The last round of matches were wrapped up yesterday with defending Champions Algeria crashing out of the tournament after they were soundly beaten by the Elephants of Cote d’ivoire in their last group match.

Before the last round of matches were seen out, football lovers around the continent have started pitching likely teams to face each other in the round of 16 with various permutations here and there. 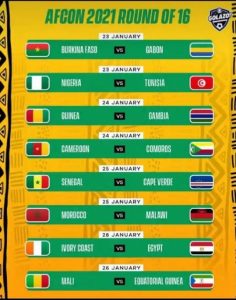 However, the fixtures came out, and the Super Eagles will be facing the Carthage Eagles of Tunisia in what is billed to be a fight of Eagles. Tunisia ranked 30th in the latest FIFA release didn’t quite have a decent outing in the group stages, managing just 3 points in three matches to make the round of 16 as the third best team in Group F behind Mali and Gambia.

The Nigerian side on the other hand strolled to the summit in Group D, while also becoming the only team in Cameroon to emerge with a flawless group stage outing with maximum points. 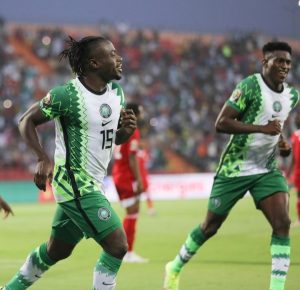 Both teams have had contrasting fortunes over the years, with many of the notion that the Tunisian side haven’t done enough to be placed 2nd on the continent considering series of unimpressive displays. The Super Eagles also oversaw several worries of their own prior to this tournament. The sack of one of their longest serving coaches, Gernot Rohr, coupled with some key players not able to make the cut for the football showpiece all appeared to mar their chances, but they’ve swifty grown to become one of the firm favourites to win the trophy. 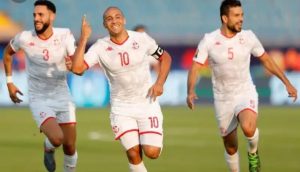 Having had a fine showing to date, the odds are undoubtedly in favour of the boys in green and white, but the Tunisians are equally a tough side anyday. So, it remains to be seen which of these Eagles would lose both wings when both sides clash at the Stade Roumde Adjia on Sunday.