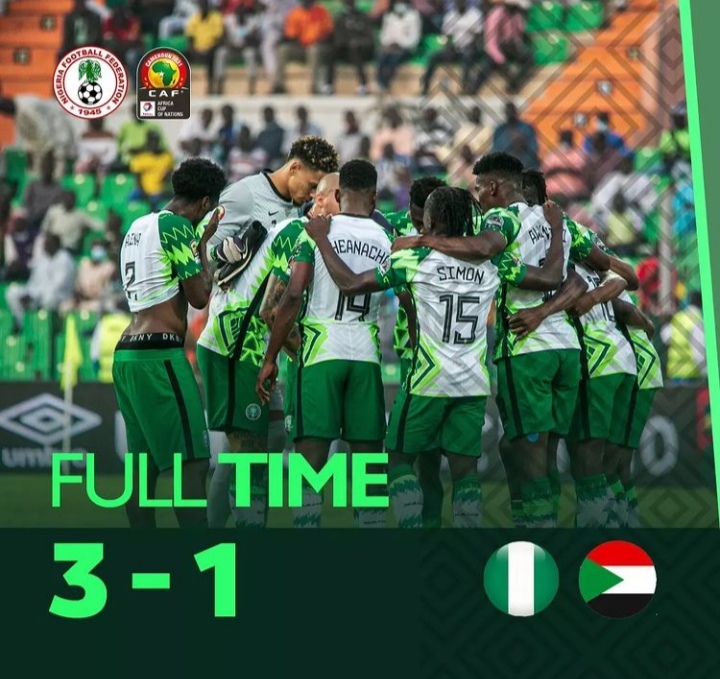 It’s no more news that the Super Eagles of Nigeria put up another strong display to garner some more 3 points in their second outing in group D, a win over the Sudanese taking them to 6 points and subsequently consolidating their position on the summit of the group ahead of the Egyptians who managed a lone goal against Guinea Bissau. 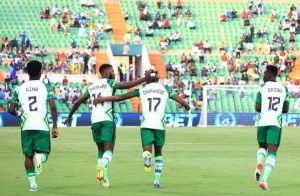 For the second time in a very long time, the boys with the eagle crest on their shirt looked bougie against the minnows with a plethora of chances coming wave after wave while the Sudanese were pitiably left to weather the storm.

One would have expected a stiff affair after a series of loud talks from the Sudanese captain as well as their Coach, however it was just another stroll in the park for the Eagles.

Next up is Guinea Bissau on Wednesday, and ceteris paribus, the boys in green and white should turn up once again, albeit Eguavoen might fancy ringing a few changes to the regular eleven to allow some more minutes for fringe players.

The country itself might be in a sorry state on virtually all fronts, but for now we all can take solace in the reality that our National team is flying the flag up high in Cameroon. At least until we finally meet our match in the long run.