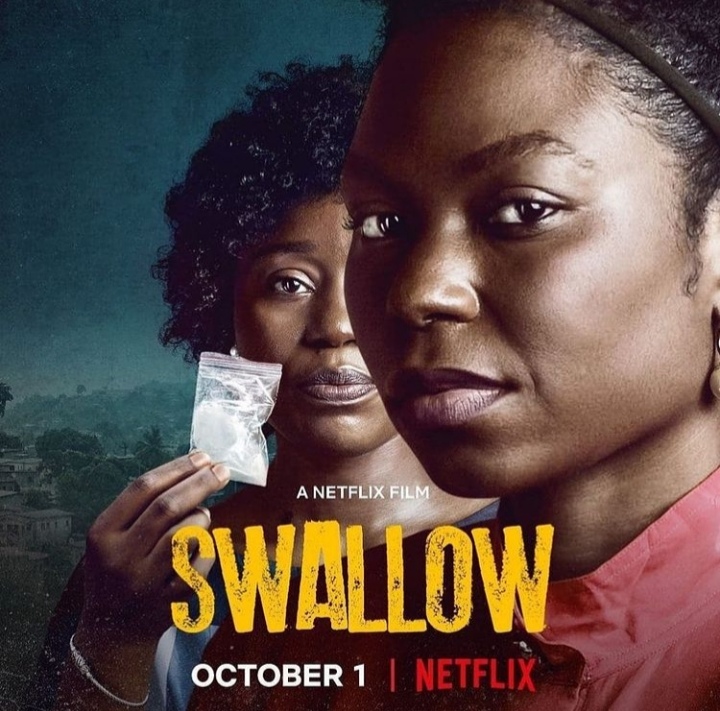 After much work put in, it’s good to finally know that Kunle Afolayan’s most anticipated movie, Swallow drops shortly. And since the inception of his KAP movie arm, the expressive and brilliant movie guru has gone on to produce about eight (8) top class movies that have seamlessly received popular acclaims. As for the figure, I beg to be corrected if I’m mistaken. 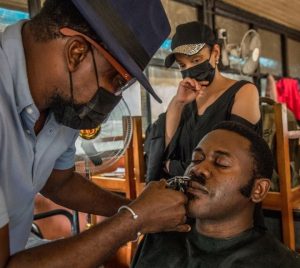 Well, the crux of the gist is about his latest movie, Swallow. An adaptation from Sefi Atta’s third novel, one which she equally co-wrote the screen adaptation with the movie producer. 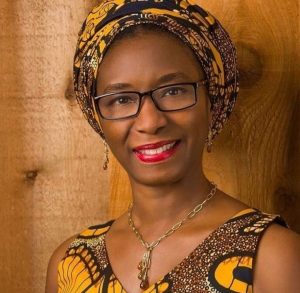 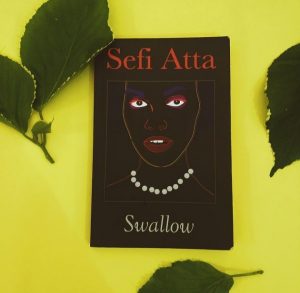 Personally, I’m itching to see this one, and rightly so too, because every piece of art that has dropped from Kunle’s stable have been from the top drawer and the fact that he manages to infuse the daily struggles of an average Nigerian in his plots, coupled with the use of relevant props makes his productions even more impressive.

Swallow, a story of a young female bank secretary who opted to subscribe to his roomie’s offer to work as a drug mule_ Events however appears to swiftly take a dire turn when she starts questioning her own morality, with her conscience biting her at every turn. Although the movie setting is in Lagos, the year is presumed to be in the 80’s. So you should know what to expect yeah. 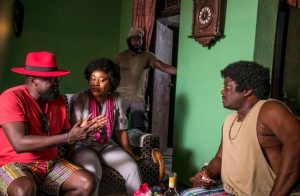 I have an inkling that this movie will keep us on the edge of our seats, but till it drops, here are a few things you should know about SWALLOW;

• The movie was adapted from Sefi Atta’s third novel, Swallow with just a little tweak to the original work.

• Swallow will officially be on Netflix on the 1st of October. 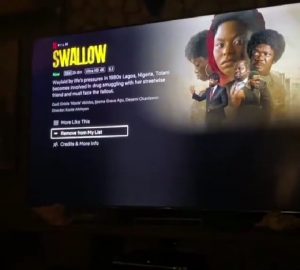 • The central theme revolves around Drug peddling and Trafficking.

• The setting of the movie is in Lagos, Nigeria.

• Lead actress, Eniola Akinbo popularly known as Niyola was the only actor that was auditioned for the movie. Oreofe Lawal also debuted in the movie.

• The entire movie is believed to have been shot with the CANON C500 Mark II.

• The movie has an official soundtrack of it’s own.