Tourism: The wonders of nature at the University of Ibadan 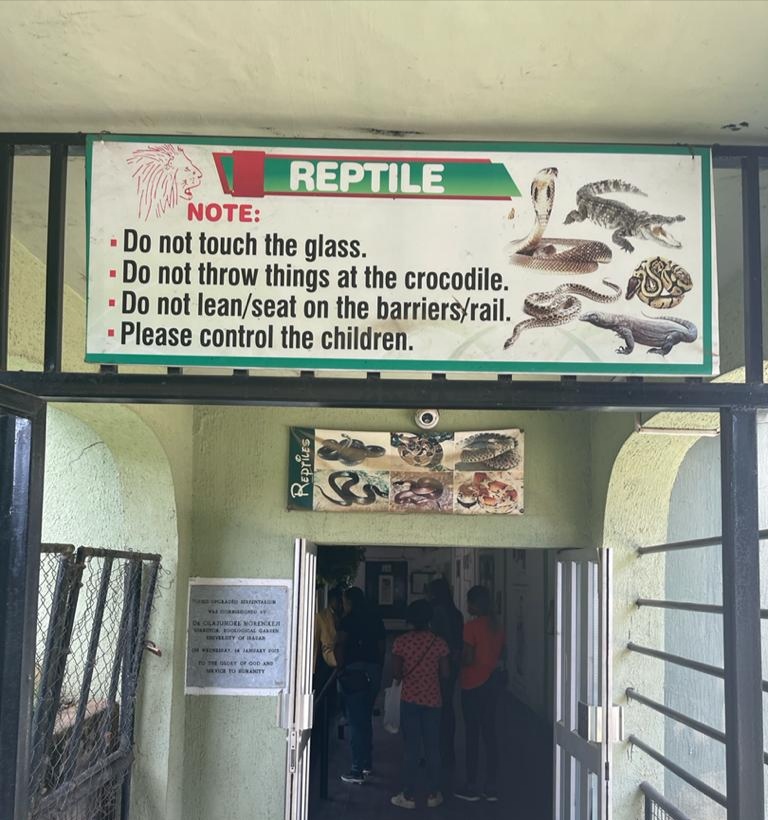 I did an intentionally tour of the Botanical and zoological gardens at the University of Ibadan few days ago, and it was nothing short of amazebuzz! 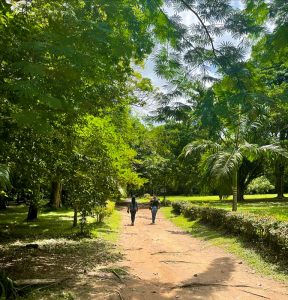 Path from the entrance (botanical garden)

If the views and tranquility that my eyes beheld at the Botanical garden was soul lifting, then the sight of the healthy looking animals at the zoo was even more pleasing. Well, I know they’ve been somewhat taken from their natural habitats, which pierces my heart, but as a lover of the fauna, I dusted myself and took solace in the reality that they were being looked after and well tended to. That should at least count for something.

My first stop was at the Botanical garden which is just a few minutes drive from the main gate of the University campus. A very lush site that gives you enough tranquility to stay atop your troubles. In there are a decent number of various species of trees and plants coupled with small hut-like spots where tourists and visitors can have minutes of rest when they get fagged out. 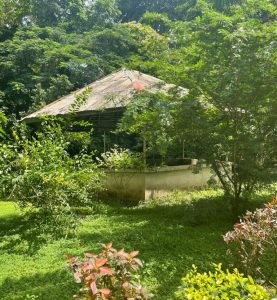 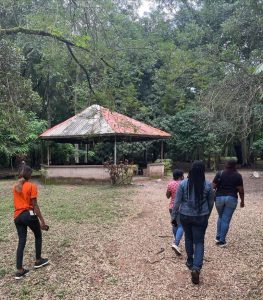 Well, entry into the botanical garden isn’t totally free. You might have to part away with just a hundred naira before gaining access into the facility. But if you ask me, I think it’s pretty much cheap and would easily be one of the cheapest attractions you’ll ever visit, asides the pro bono ones of course.

So, someone asked, “how about the zoological garden”?. It appears as though I was already neck deep soaked in the describing the beauty of the botanical garden that I got carried away. Pardon my shortcomings.

The zoological garden, just like the botanical garden is quite the site. So fine, clean, tranquil and tremendously breathtaking. Oh!, and with very pleasant tour guides too.

In there you get to have a first hand sight of some of the animals you’ve only seen on NatgeoWild. From the amphibians, to the primates, carnivores, reptiles and what have you. You even get to see the tallest animal on the planet, the Giraffe. 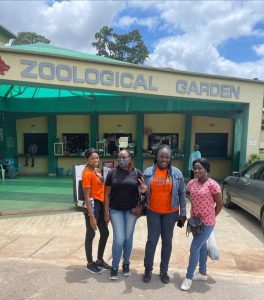 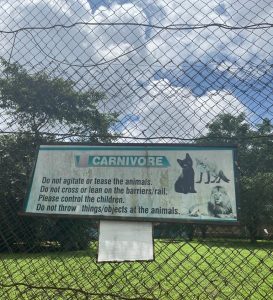 While I was there, I got to feed the giraffe, and she loved every bit of it. I equally stumbled on the donkey’s stable and formed an immediate camaraderie with them while stroking their heads. At the point of leaving, one of them was literally following from behind. It was such a joy to watch. 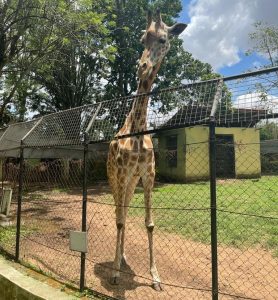 Other animals at the zoo include Lions, Camels, Birds, Monkeys, Snakes, Monitor lizards, crocodiles and many more. 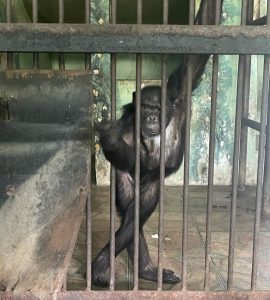 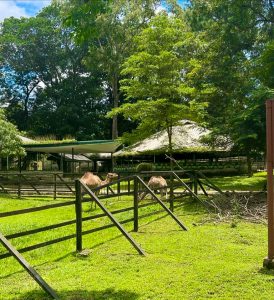 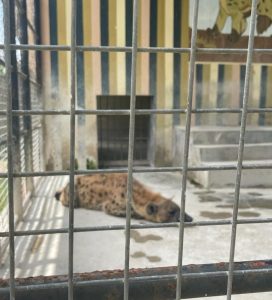 However, if there were three things that caught my attention while at the zoo, then it would be that first, some of the monkeys would practically stretch their hands begging you for food or anything to eat, while a certain specie appears very proud and would only stare at you in anger instead of begging. Funny yeah?

Another thing would be the deafening roar of the lions, it’s super mind blowing and it goes on to show why they are the “king of boys”, or sorry_ I meant the king of the jungle.

Is there a gate fee?

Before nko? There’s a gate fee of just N500. Once you pay, you’re given a pass that would enable you access into the main zoo itself. And lest I forget, you might say me hi to the beautiful little bird that tends to the gate when you visit. 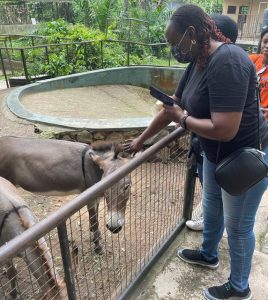 That would be all for now. But you can hit me up via a DM on Instagram @adegunloyekayode @traveltrybe_ for more inquiries.