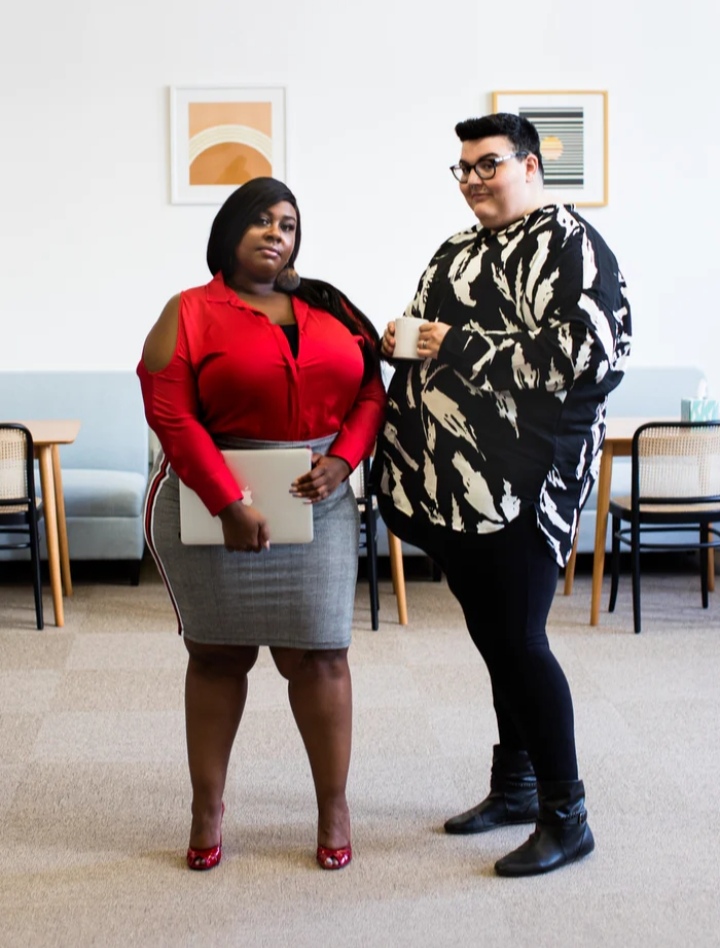 Fun fact: There is a spectrum, a beauty spectrum.

Fatphobia is the fear and hatred of fat bodies in relation to the last piece I shared here about concern trolling and gaslighting, fatphobia from its perpetrators is less overtly mean, and is instead cloaked in concern for the “fat” person. Fatphobia can also come out as the classic microaggression, not necessarily people shaming this fat person but social conditioning.

Author Virgie Tovar says. “Fatphobia is a form of bigotry and a form of discrimination that says that people of higher weight are inferior physically, intellectually, morally and health-wise.”

How this works you constantly tug at your body, constantly monitoring your weight gain because you have been told over the years that a certain shape is what is acceptable, so this constant nagging inside of you comes out to play in form of insecurities, also known as internalized fat shaming.

Tovar says it’s also about social control. “There’s this belief that if you diet or you eat a certain way, you can control your health and that you can control how long you are going to live,” she says. This is not true, which is hard for people to accept, especially those who aren’t aware of the misinformation diet culture perpetuates. “Even though there’s more and more evidence that we are largely not in control of our body size, people see higher weight people as refusing to take care of themselves. That refusal to ‘step up’ and claim control over your body and health is considered really negative”.

In this part of the world, where we especially lack emotional intelligence, fat shaming is quite rampant amongst parents and teachers, rudely giving advice that no one asked for.

Here’s how you can fight fatphobia;

1. Diet talks are stemed in biogtory, stop them.

2. Keep your opinions on people’s bodies, positively or negatively to yourself!!!.

3. Keep unsolicited “health” advice to yourself.

5. Watch your circle. Especially if you’re internalizing fatphobia and it’s making you feel bad about yourself, go over what you’re watching, reading, clicking on.

6. Talk back to yourself.