Touristy; Beauty of the Bower’s Tower 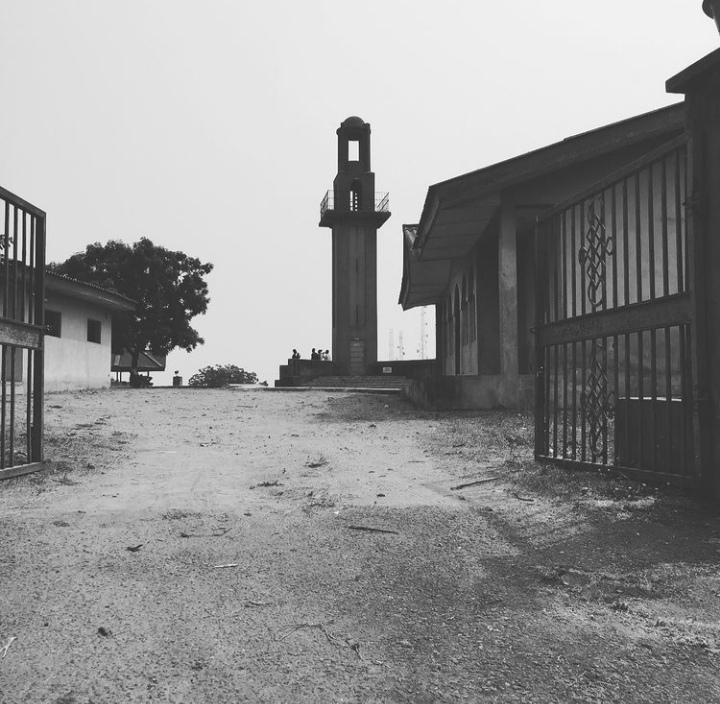 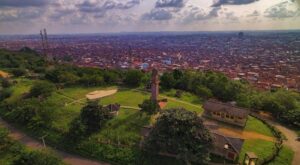 Just like the air traffic control tower you’d normally see in airports _ responsible for the active runway surfaces and general control of flights and what have you, so also is the control-like view the Bower’s tower in the ancient city of Ibadan, Nigeria gives. It’s a tower that dates back to the 1930s precisely 1936 when it was erected, making it one of the oldest touristic sites in the country. Say it’s been here since the genesis and you’re spot on.

The Bower’s tower is situated somewhere in Oke are, Layipo axis in Ibadan, a place that prides itself as one of the oldest areas in the city. The tower as earlier mentioned is a lofty structure that gives exciting views from the top where the entire beauty of the brown roofs defining the ancient city of Ibadan could be viewed. And with about 48 spiral staircases to the top, It’s unarguably a beauty to behold. 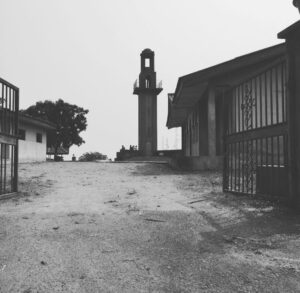 The spot is a cultural and historical site, and the highest panoramic hilltop in the entire city of Ibadan. You get to spot out landmarks such as the UCH, University of Ibadan, Dugbe market and much more. Consequently, such site shouldn’t be allowed a vain allotment. At least so you’d say.
But it’s sad to say that the site doesn’t look quite well kept, take nothing away from the beauty and relevance of such places to tourism development, but it begs the question; what becomes of such sites when they can’t be well run and overseen to treat effect? 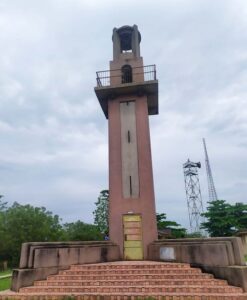 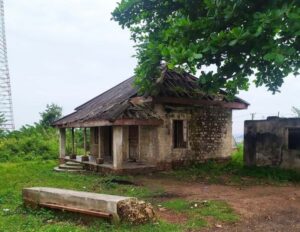 Personally, I think the government could step in to make this location remain relevant, as it’s essence and beauty is gradually waning.

As much as I was made to believe that the site isn’t monitored by the Government of the state, I still opine that a lot could be done to revamp the site and perhaps it’s premises. It’s sad to see that as nice as the tower seems, the environ is far from adequately kept. You don’t tend to have too many historical sites that generations unborn could come to terms with, so when you have one such as the Bower’s tower, it should be kept and revered jealously. That in itself, is sustainable tourism.

In the meantime, I would quickly do a run through of questions tourists and visitors alike might tend to ask regarding the ancient Bower’s tower.

The Bower’s tower was built as a memorial monument in honour of Captain Ross L. Bower, the first resident and travel Commissioner of interior Yoruba. He was appointed by Queen Elizabeth in 1893 to oversee and put an end to the unending wars between the different Yoruba kingdoms. So, it’s safe to say that the site is a memorial named after the Captain. “Aptsolute”! 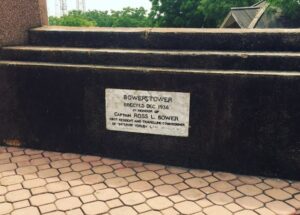 Like you’ve already been kept in the loop in the early part of the discourse, the Bower’s tower is an over the top site where you’ll need to climb some narrow spiral stairs to reach to the top. Trust me, the rooftop scenery happens to be the crux of the site. The beauty and site is absolutely intriguing and the chance to take waohing pictures with the blue skies featuring behind is heavenly, Now you don’t want to miss the opportunity of taking those Instagram worthy exposures. Do you? I bet not.

Also, I’d say that you should expect a thorough climb to the top. Well, reaching the top isnt always eath I guess. It’s usually a big ask. Hence, if you’re acrophobic, perhaps this site isn’t quite for you. But if you also think you can brave your fear of heights, then why not? Shoot your shot, because it’s worth the troubles. 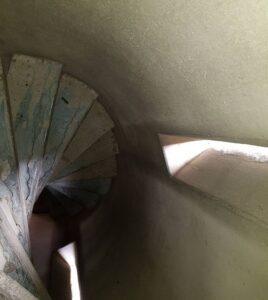 The spiral stairs to the top

Almost anything is fine. Albeit, I’d suggest trousers for the female folks. You wouldn’t like the idea of struggling with your skirts, or the fear of a slit while climbing. So preferably, do any top and a pair of trousers when visiting the tower.

Where is the location? 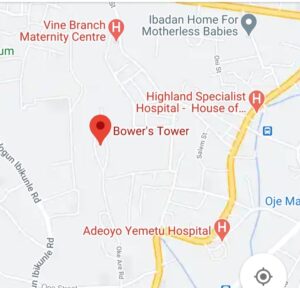 We all just want to cash out like Mariah Carey