Racism; A plague that shouldn’t be allowed anywhere 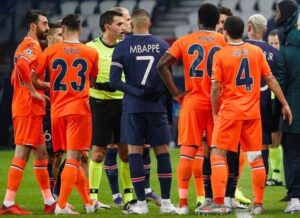 Champions league football once again returned last night and as much as there wasn’t really much to fancy, at least prior to all the kick offs _ Group H managed to have us glued to our TV sets.

Asides the tussle and semblance of disorder etched around the group from match day 1, the group took a whole new twist yesternight. Manchester United got dumped out, they sit third of the group as we speak. However, something distasteful happened in the other group game between Paris Saint Germain and Instanbul Basaksehir.

Racism anywhere in the world is a plague, and it has stared us in the eyes without flinching for a very long time now, just like dirty tongue in the cheek. It’s however understandable why the football governing bodies have raised eyebrows against this dishonourable act. There has been a lot of campaign against it from time to time, as a matter of fact the EPL ensured that club sides have the “No room for racism” well inscribed on every matchday jerseys. 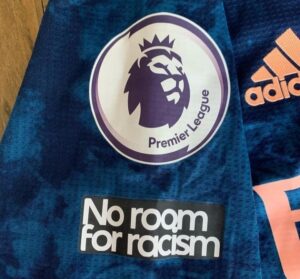 If all of these was meant to bring some sort of sanity, It’s sad to see someone who’s meant to instill discipline subverting it all in the name of God knows what.

The Group H match between PSG and the Turkish based side got abandoned last night, no thanks to the 4th official who seemingly lost his head while at his job. He was alleged to have called out to an assistant of the Turkish side using the “N” word that is, Negro. Remember, Edinson Cavani got rebuked for something related just few days ago when he called a friend Negro on his Instagram page. 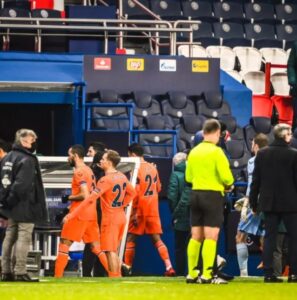 It is believed that when calling out to a white guy, He is simply called “guy”, but a black person is referred to as “Negro Guy” meaning black guy. This was the case last night and for the umpteenth time, the players weren’t having any of it, so while the Turkish based team walked out of the pitch in displeasure with former Chelsea player Demba Ba leading the line, PSG players also did same in solidarity thereby enabling the officials to abandon the match.

The interrupted game would be completed later tonight, starting from the 14th minute where it was previously halted.