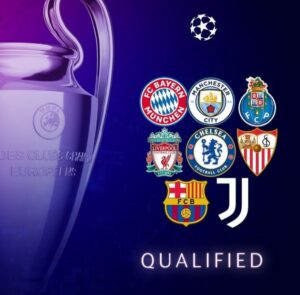 The usually intriguing UEFA Champions league took centre stage earlier in the week with elite teams across Europe’s top leagues flexing muscles against one another. 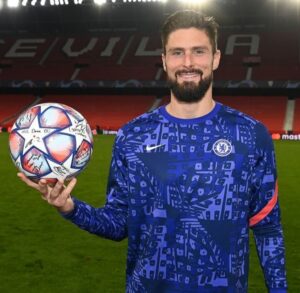 On Tuesday, Spanish giants Real Madrid shockingly lost to Shaktar Donetsk, a result which saw them tumbling down to third position on the log, thereby leaving them with a huge mountain to climb in their group. Just in the same fashion, following in their strides is the side from Old Trafford, Manchester United who lost to Paris Saint Germain by 3 goals to 1, a result that pretty much throws Group H open to all and sundry. Now it’s all to play for in the final games in that particular group, and it would be interesting to see how it all pans out. 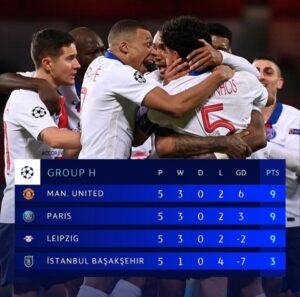 Asides these few shell shocking results, it was simply business as usual for other big bananas in the league such as Juventus, Liverpool, Barcelona and London side, Chelsea who ensured a firm grip on the top spot in Group E after seeing off Spanish side Sevilla with ease, an Olivier Giroud haul doing the damage.

Well, with all said and done, it appears all eyes would be on Group H where the trio of Manchester United, PSG and RasenBallsport Leipzig all jostle for the top two slots available for pick ups. And If you ask me, I’ll say it’s going to be a tough call with all three tied on 9 points. It’s only a week away before we know how much dent Neymar’s double has on Solksjaer’s side.

Till then, we keep our legs and fingers crossed while we await the return of weekend football once again.