What does tort imply? 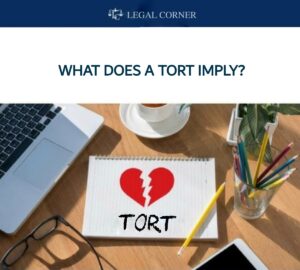 Sometime in 1928, a woman had purchased a ginger beer from a cafe. The beer came in a Dark bottle, and the contents were not visible from the outside. She drank some of the contents, but found remains of a decomposed snail inside the bottle on lifting it. She sued the manufacturer of the beer. Her action succeeded on the ground that the manufacturer owed her a duty of care. She was therefore awarded damages (money paid as compensation) from the manufacturer’s estate.

This landmark case is that of Donoghue v Stevenson which was decided in 1932. The court had held in that case that; “Manufacturers owe the consumers of their product a duty of care, at least in the instance where the goods cannot be inspected between manufacturing and consumption.” The case basically underscored the principle of duty of care, which brings us to the next point- Torts.

A Tort in law, refer to an act or omission which causes injury or harm to another, for which courts impose liability. The principal aims of tort law are to; provide relief to injured parties for harms caused by others, to impose liability on parties responsible for the harm, and to prevent others from committing harmful acts. 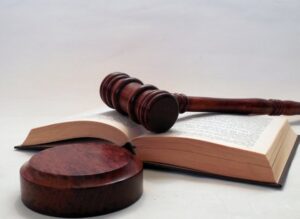 Typical examples of torts in our society are; car accidents caused by drivers who were not paying attention, making floors slippery and causing people to fall, intentionally hitting a person, and making/selling defective products. Torts may be classified into three namely; intentional torts, negligent torts, and strict liability torts. An intentional tort is often done with intent, and an example of such is intentionally hitting someone. A negligent tort on the other hand, is often committed due to failure to exercise a standard of care which is expected of a reasonable person in a similar situation. An example is causing accident by failing to obey traffic rules.

Lastly, Strict liability torts are torts for which one is legally responsible even in the absence of fault or criminal intent. Examples include selling or making products which are defective such as defective tyres, the intrusion on the land of another by one’s livestock. Hence, Mr A would be liable if his cows intruded on Mr B’s land.

The general remedies for injured parties include:
• Damages: the court orders the defendant that is; wrongdoer to compensate the injured party so as to return him to the state he would have been if the tort had not occured.

• Injuctions: by which the courts either order the defendant to do something, or prohibit him from doing something. Example is an order that he stops interfering with the plaintiff that is; the injured party’s rights.

On this note, I would like to end this discussion. Thank you.

Eating away my salary