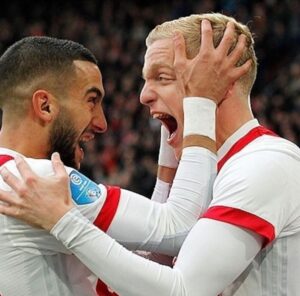 The football weekend indeed livened us up once again these past few days, and although the usually uninteresting international break is here to punctuate Club football once more, a few of us can still go on raving about wins secured by our teams while others lick their wounds.

Talking about wounds, it wasn’t a good weekend for Arsenal, Real madrid and Portuguese side Benfica, as all three lost massively. However, one common thing about them is the “Fly Emirates” inscription on their jerseys. Ac Milan would have been lumped in that basket, but for Zlatan Ibrahimovic who rescued a point for the Italian side against Hellas Verona.

Well, that’s not even the real gist. This discourse won’t dwell on results or who’s winning or losing amongst the club sides scattered across the world. Albeit, almost in similar fashion to a win or lose comparison, we take a look at two amazing footballers who swapped clubs over the summer transfer window.

Morocco’s own star boy, Hakim Ziyech and Dutch sensation, Donny Van De Beek _ Both formerly of Ajax Amsterdam in the Netherlands opted to move on to greener pastures after the abrupt end to the Dutch league last season, no thanks to the Coronavirus pandemic. 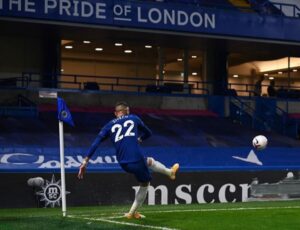 Without doubts, both players really had a swell time at Amsterdam, seeing off several teams over and over again, bagging accolades and raising the Johan Cruijff Arena’s roof every single time with their mindblowing displays. They practically were the talk of the whole country at the time.

Now, fortunes have slightly changed. For Ziyech, his fortune has doubled since his move to West London side, Chelsea football club. For Donny, I’m afraid same can’t be said. A vibrant and exquisite player has been reduced to a squad player where he warms the bench every other time for his new club, Manchester United. 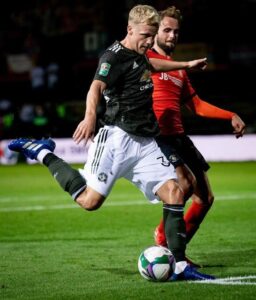 As a footy lover and analyst, I know well to understand how much time it could take for players to get used to a new terrane and how well managers try to ease players to their new environment. However, from a personal angle I don’t see this as the issue for Donny. This isn’t me trying to be a grumpy rival, but check this out.
Donny Van De Beek graced the turf and bagged a goal in his first competitive match for the red devils. He’s confident, fresh, raring to go, and ontop of it, he understands what midfield play entails. Yet he has been limited to cameo appearances ever since. It’s perhaps still early days, but hey! you’ve forgotten it’s Matchweek 8 already. 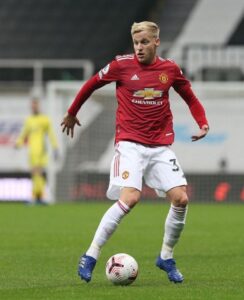 Ziyech on the other hand keeps doing flames at the Bridge, bagging goals and assists after assists. His wand-like left foot has never stopped doing magic, running riot here and there, gradually making it look like he’s been the missing piece in the jigsaw for the Blues all along. Now, that’s relevance! 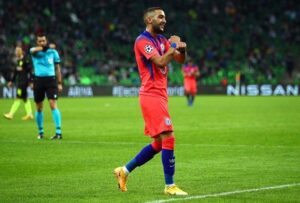 Well, I know pundits and football enthusiasts might want to chip in a thing or two regarding this discourse. Whatever it is, it’s beginning to look like Chelsea got themselves the last card for a checkmate while Manchester United never needed Donny Van De Beek to start with. It was perhaps a panic buy after all.

What is your body count?

What does tort imply?