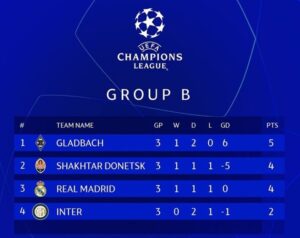 The champions league once again graced our screens as European club sides took to the turf yet again to square up against one another.
If Tuesday saw a goal fest, then Wednesday was a mixture of goals, fun, bragging rights for the hosts and a little bit of surprises.

German side Borussia Mönchengladbach and defending champions Bayern Munich were big winners on the night, seeing off their oppnonents 6-0 and 6-2 respectively. Liverpool also joined the lofty group of big hitters as they decimated Italian side Atalanta by 5 goals to nothing. The fact that they carried out the assault at the Gewiss stadium made it an even bigger win for them. 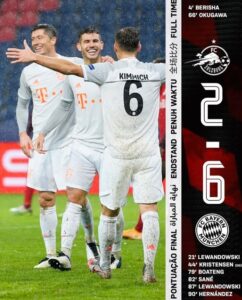 Elsewhere, Zinedine Zidane’s tutored Madrid side managed to squeeze past Inter Milan, securing a much needed 3-2 win in that one to boost their chances of making it out of a tight group.

However, Wednesday saw a lot of shocking results across board. Chelsea, Borussia Dortmund and Juventus all claimed fine wins over their opponents, with Chelsea’s new boy Eduaord Mendy keeping yet another clean sheet at Stamford bridge. 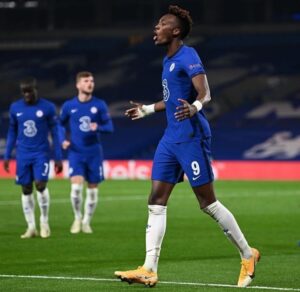 Well, if it was a good day at the office for those three, same can’t be said for Paris Saint Germain who fell to a RB Leipzig side. A defeat that shows how fragile they could be as a team. It was a woeful display from the french giant, but perhaps it’s a ‘Group h’ sort of thing, or how do you explain the fact the two top teams who should be vying for the two automatic qualifying positions lost to the minnows in their group.

After losing to Arsenal over the weekend at the ‘theatre of dreams’, Manchester United once again went all out to engage themselves in a show of shame in Turkey. The red devils lost to a lowly Instabul Basaksehir by 2 goals to 1, thereby throwing the group open to all. It was a nightmare!

Consequently, the loss sent tongues wagging and fans calling for Solkajaer’s head _ While some felt his team lacked direction, others felt he should just leave altogether. But bottomline, some of the take home points from the loss were;
Bruno Fernandes asides taking penalties is a sham, Maguire is not a worthy captain, Rashford would do better with his social services and Manchester United is practically the smallest of the Manchester sides at the moment. 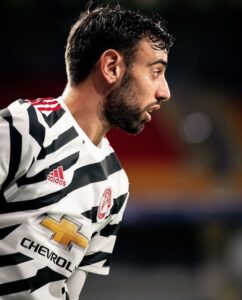 You might want to argue it, but mayhaps you would want to relax till they win or lose a third successive game before you come to the argument podium. Till then, such energy should be channeled into other ventures.

Azumini River: An exotic site for your sight