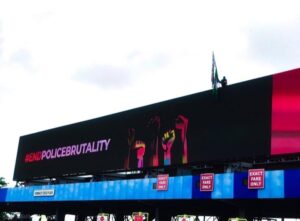 There’s a river, in the east of Nigeria. It carries bodies, victims of the police brutality of this country. It scares me that maybe someday, someone I know may just be floating in it.

Tuesday 20th of October 2020, The federal government of Nigeria opened on peaceful protestors at the lekki toll gate. I get goosebumps when I think of it, how gory it might have been, sitting there demanding for your rights and singing the national anthem of a country that has failed you; only to be shot down by the armed forces of that same country.

Your only weapon of fighting back being your voice.

Sadly, this same government has refused to acknowledge the numerous lives lost at this protest. Like as though people didn’t die. People who weren’t sick, didn’t steal or committ any crime were murdered in cold blood by the Nigerian government for demanding for their right. 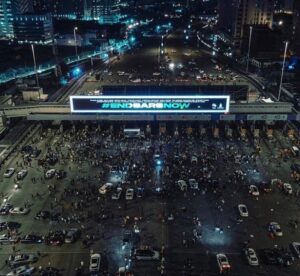 I sometimes sit and imagine what if we didn’t witness the events of that night via Dj switch’s live. – God bless her brave soul. The bodies cartered away would have been mounted in a series of what ifs the evil commander in Chief of police sent his army to do to the citizens of Nigeria would have been watered down to seem like 15 people didn’t die.

Missing persons report has sky rocketed off the roof and yet no one has been held accountable for the massacre.

The Nigerian government wasted lives and for what?

They were riddled with fear, every one of them. So they tried to bully the youths with their big guns and illiterate, drunken soldiers.

Did they succeed? No.

Is the fight for justice over in this nation?No.

It Gets hard, the feeling of frustration Nigeria imposes on you, but now is not the time to give up. Lives have been lost, we are too in deep to pull out now.

We are taking over Nigeria. If not for anything, for Jimoh, Tina, Oke and other lives that were taken down by the police.

This government must pay for their sins.