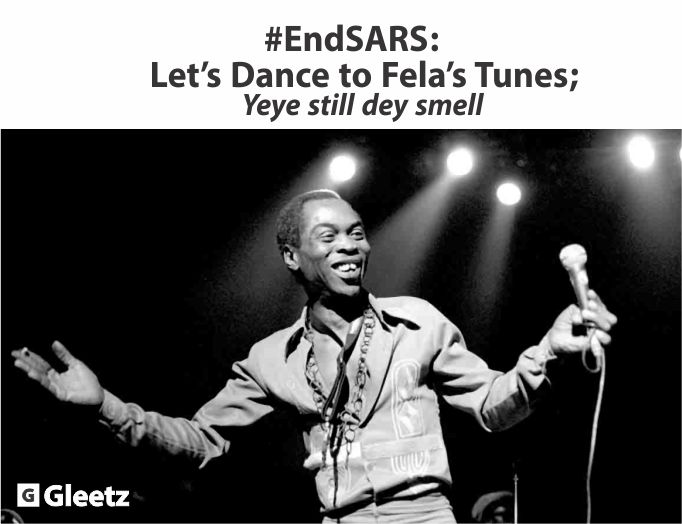 Anikulapo means ‘I have death in my pocket’ Fela, whose name was “Olufela Olusegun Oludotun Ransome-Kuti”. He changed the first part of his surname to Anikulapo in the mid 1970’s.

This change wasn’t something that necessarily caught the people who knew him closely off guard because you see, Fela was already known as someone who stood for the cause of “wielding your destiny in your hand” and that is what he meant by changing his name, a complete reform.

I do not think it is purely coincidental that the battle Fela fought till his dying breath is what is causing a ripple in Nigerian history at the same period in which he was born.

Fela proved fearlessly that humanity is stronger than the impunity in any government.

Over twenty years since his passing and the lyrics of Fela’s Afro jams are still in sync with the reality of the deteriorating state of Nigeria’s socioeconomics.
Right from the kalakuta republic to his audacious self, he was every dictator’s nightmare and it seems the fight still hasn’t been won.

“My people are scared of the air around them, they always have an excuse not to fight for freedom,” he sang. I believe though, he would be pleased with the stand Nigerian youth have chosen to take.

SARS and the government backing it up (which despised fela) will have to dance to Fela’s tune now as the revolution has only begun.