The Premier League: Where every team is a big fish 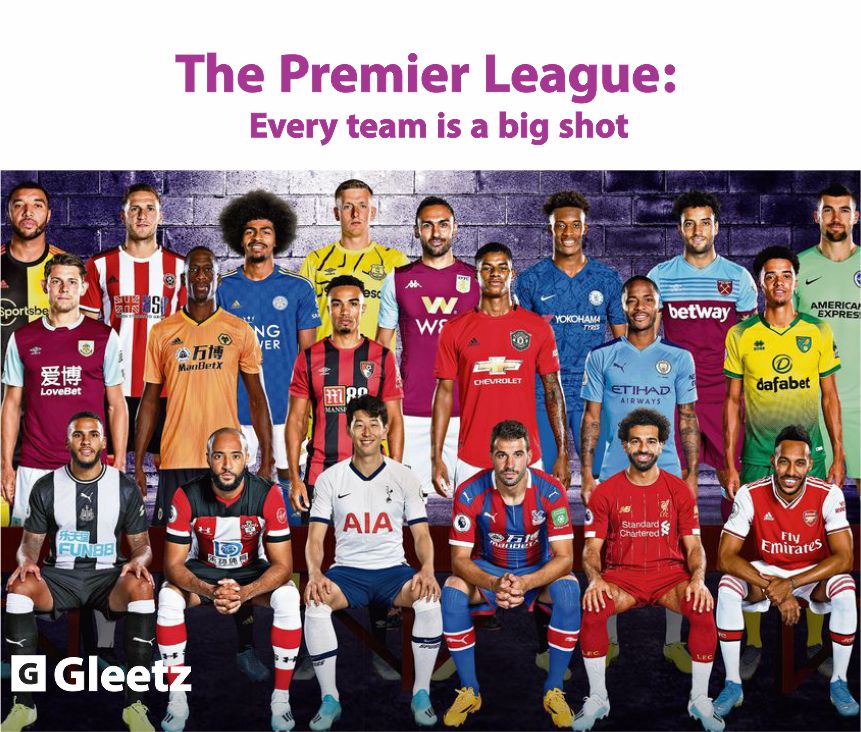 After a weekend filled with ups and downs, coupled with lots of surprises across the footballing world, especially in the Premier League where several results came as a shock to the football fraternity.

It is actually no more news that the red side of Manchester were thumped by Tottenham Hotspurs, losing by six goals to one. Now, if that was unbelievable, Liverpool’s loss to an Aston villa side that only escaped relegation by a whisker last season was even more shocking. If anything at all, the 7-2 scoreline was an utter disappointment, and a dent on their defending champion’s credential.

However, it’s apparent some of the top guns in English football, including Manchester city who followed up a 5-2 loss to Leicester city with a one-all draw with newly promoted side, Leeds United would love to put their nightmares behind them. This has seen many of them strengthen their squads in order to forestall such loses and compete for silverwares as the season progresses.

The transfer window slammed shot two days ago, and who would say it’s been boring. Well, the flurry of players into the country has done enough to quash such proposal. A decent number of businesses have been carried out by Club sides prior to the closure of the football transfer window.

Manchester United sealed deals for prolific striker Edinson Cavani, left back Alex Telles amongst a few others. Arsenal closed in on Thomas Partey, the Ghana international signing from Spanish side Athletico madrid with Torreira moving in the opposite direction on a season long loan.

Some other players made loan moves here and there, with the likes of Ross Barkley, Michy Batshuayi and Ruben loftus Cheek, the Chelsea trio moving to Aston Villa, Crystal Palace and Fulham respectively. Arsenal also sent out-of-favour midfielder Matteo Guendouzi to Hertha Berlin on loan, Alongside the Lucas Torreira who made a temporary move to Atletico Madrid. The North London club completing a very neat transfer business.

The surprise package of the PL so far, Everton, who have had a perfect start to the season and lead the Premier League after winning all four matches so far, added another defender to their squad with centre-back Ben Godfrey joining from Norwich City.

On the flip side, Theo Walcott was allowed to join his first club, Southampton, on loan until the end of the season. And the pressure on England’s Jordan Pickford was cranked up with the loan deal for Roma’s Robin Olsen, a highly rated keeper.

It is safe to say that English Clubs have fared well in the transfer market so far, and it remains to be seen which Club would be said to have made the finest of deals. Albeit, all fingers point at Chelsea, who welcomed seven new faces to the Bridge, while also managing to send a few on loan.

The international break hasn’t come at a good time for football lovers across the world, but for the newbies, it gives them ample time to ease in to great effect. Because after the break, everyone resumes club duties once again. And it would be nice to see how the new guns bed in.