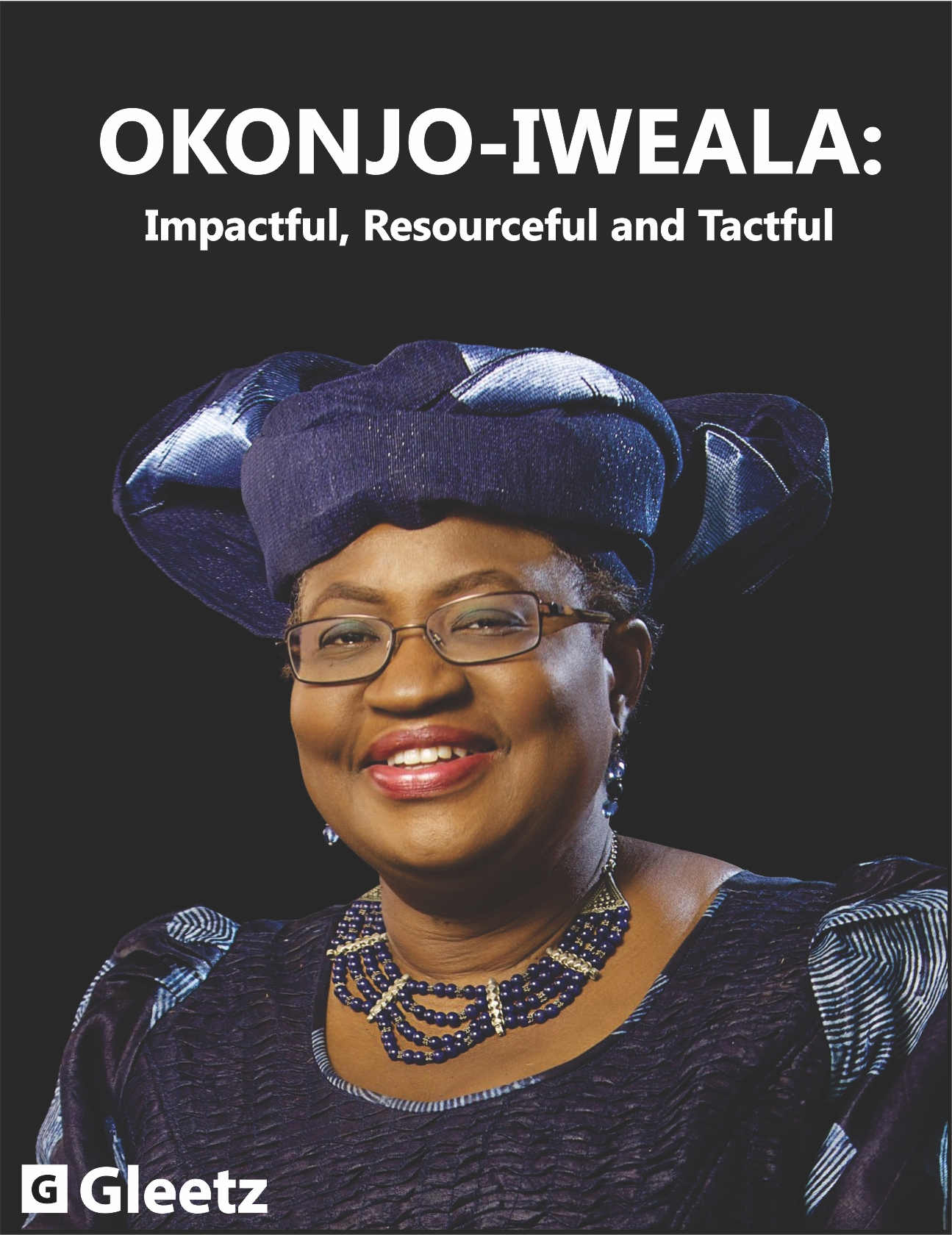 Okonjo-Iweala Ngozi is an economist and international development expert who has been privileged to sit on many boards in Nigeria and even beyond the shores of Africa. Some of these boards are: Standard Chartered Bank, Twitter, Global Alliance for Vaccines and Immunization (GAVI), and the African Risk Capacity (ARC).

In Nigeria, she served two terms as Finance Minister of Nigeria (2003-2006, 2011-2015) under the administration of President Olusegun Obasanjo and President Goodluck Jonathan respectively. She was the first woman to be the finance minister and the foreign minister of the West African country with a GDP of $502 billion. During her administration as the finance minister, she was internationally recognized for her immense efforts in stabilizing Nigeria’s finances and fostering greater fiscal transparency to combat corruption.

Okonjo-Iweala is a great woman who has contributed immensely to the growth and development of Nigeria’s economy and even Africa at large. According to Forbes, she has helped grow the country’s economy on an average of 6% (per annum) over three years. She has greatly helped in developing reform programs which have really improved the transparency of the government and also help stabilize the economy.

She is a product of Harvard University and M.I.T (Bachelor of Arts / Science, Harvard University; Doctorate, Massachusetts Institute of Technology) and I will say it is no wonder she is making so many exploits in the world.

Okonjo-Iweala has received numerous awards and I will be mentioning some of them.

She was one of the:

-Top 100 most inspiring people in the World -Delivering for Girls and Women (Women Deliver, 2011)

-73 “brilliant” business influencers in the world by Condé Nast International

She was also the recipient of the following awards among many others;

Okonjo-Iweala has received honorary degrees from 14 universities worldwide, including some from the most prestigious colleges.

She recently got nominated for the World Trade Organization President and who else fits the position as much as she does? We believe that Okonjo Iweala will do even more exploits in this position if given to her. Albeit she’s been pitted with other big names from Kenya, Egypt, Saudi Arabia, UK, Moldova, Mexico, and the Republic of Korea. It’s going to be a tough call but just like she believes she’s got all it takes to succeed in the role, everyone else doesn’t have reasons to doubt her prowess and tenacity. She is unarguably the rightest fit for the position. 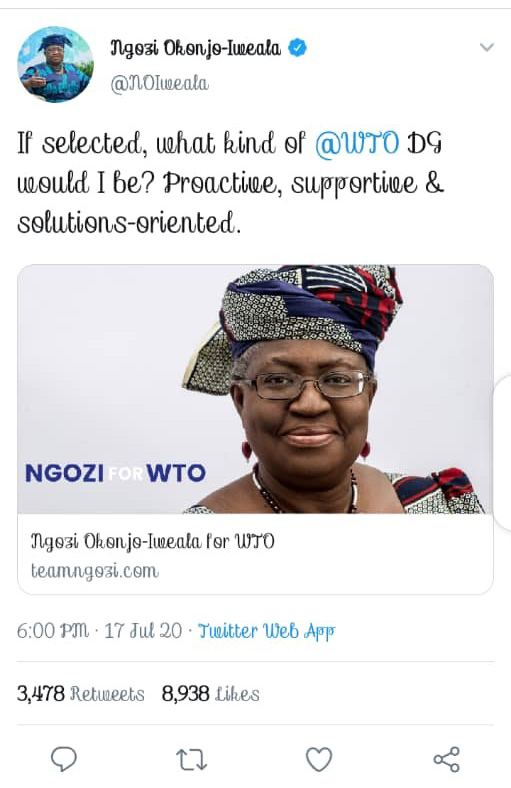 On the 17th of July, she asked a question on Twitter about the kind of WTO Director-General she will be which was followed by her response. In her words, she said she will be ‘proactive, supportive and solution-oriented’.

Oladiran Titilope  is a graduate of Mass Communication, University of Ilorin. She is a writer and content developer. Founder of Teebooks Review, an online literary community known for its reviews and impactful seminars.

Olumurin Waterfalls: Adventure, Purity and Wonders of the Earth