Wole Soyinka: The Lion at 86 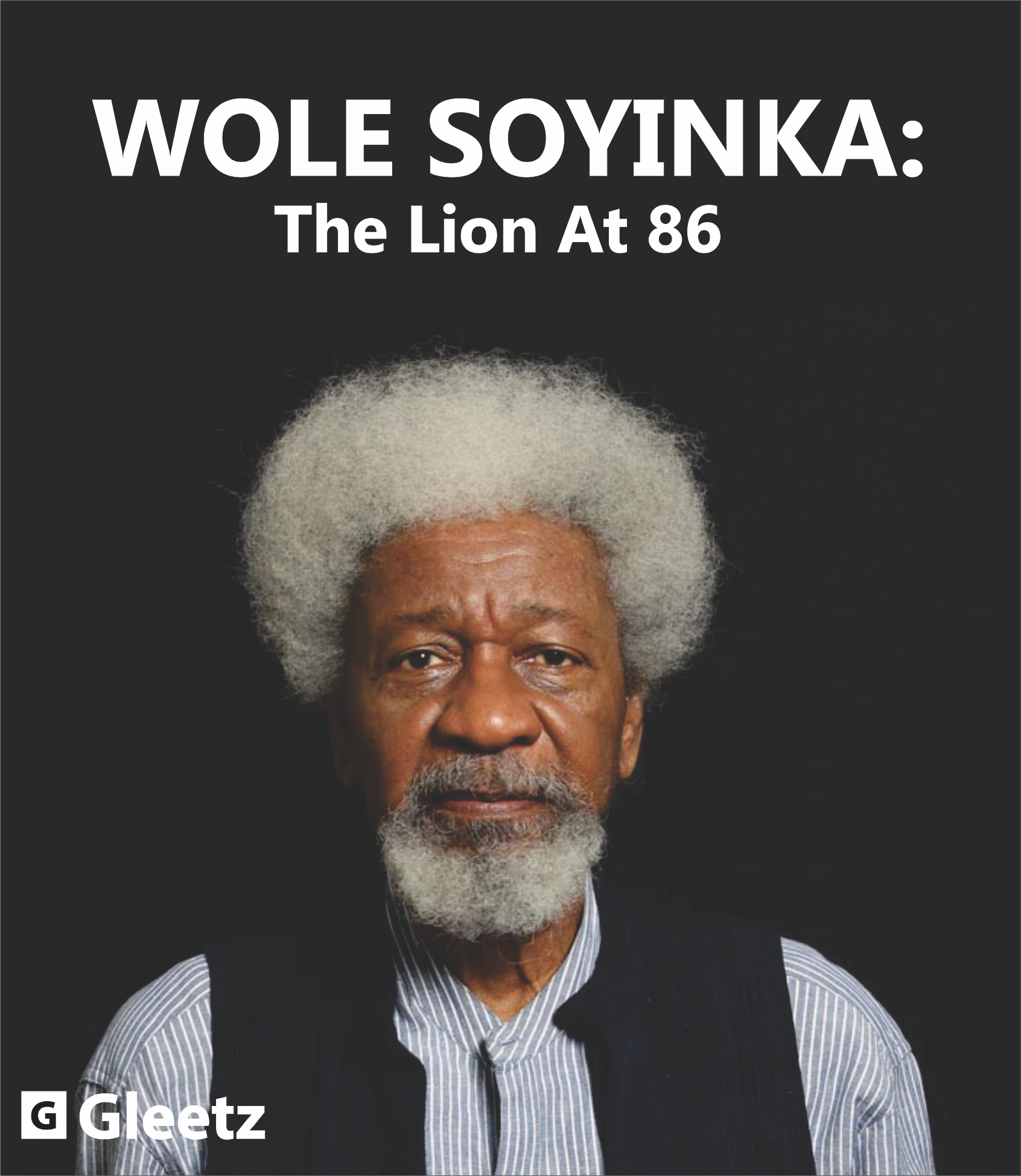 The African continent is blessed with so many great individuals who have excelled tremendously in various fields. Big clothes they say don’t make big names; Characters, attributes, dues paid overtime and the expanse of land covered in real life situations are what define a man.

Akinwande Oluwole Babatunde Soyinka, popularly known as Wole Soyinka isn’t just a household name, it’s a “worldhold” name synonymous with literature. He is a playwright, poet, essayist and as such a very famous name within the literary fraternity and beyond.

Soyinka was born on the 13th of July in the year 1934 on a very cold evening in Abeokuta, Ogun State. Nigeria. He gradually eased himself into the world of words and literary pieces that quietly gained him prominence in the artistic sphere of poetry and stories. His works are almost uncountable, but the earliest and some of the most read of his works includes; The Trials of Brother Jero, The Interpreters, Isara – A voyage around essay, Aké – The years of childhood _ All written in the years 1963, 1965, 1989, 1981 respectively. Some of his plays include, Death and the King’s Horseman, The Lion and the Jewel, A Dance of the Forests and lots more.

However, as a consequence of his finely written pieces, Wole Soyinka bagged several awards which included the most coveted Nobel prize award which he won in 1986, making him the first Sub-Saharan African to have clinched the honours in that category. He undoubtedly understands the craft like the back of his palms, and it is fair to say that the Old man has been in the mix since the ‘genesis’.

Well, not to bore you with too much tales, the crux of this gist is that Baba Wole Soyinka clocks 86 years of age today and it’s only fair to celebrate him like the Icon that he his. He has been a blessing to so many people, and has helped our literature a great deal.

He is married to Mrs. Folake Doherty Soyinka, and the union is blessed with beautiful children who are doing exploits and conquering grounds in their various professions.

WHAT IF AKEREDOLU IS A MEDICAL DOCTOR, WILL IT MAKE ANY DIFFERENCE?