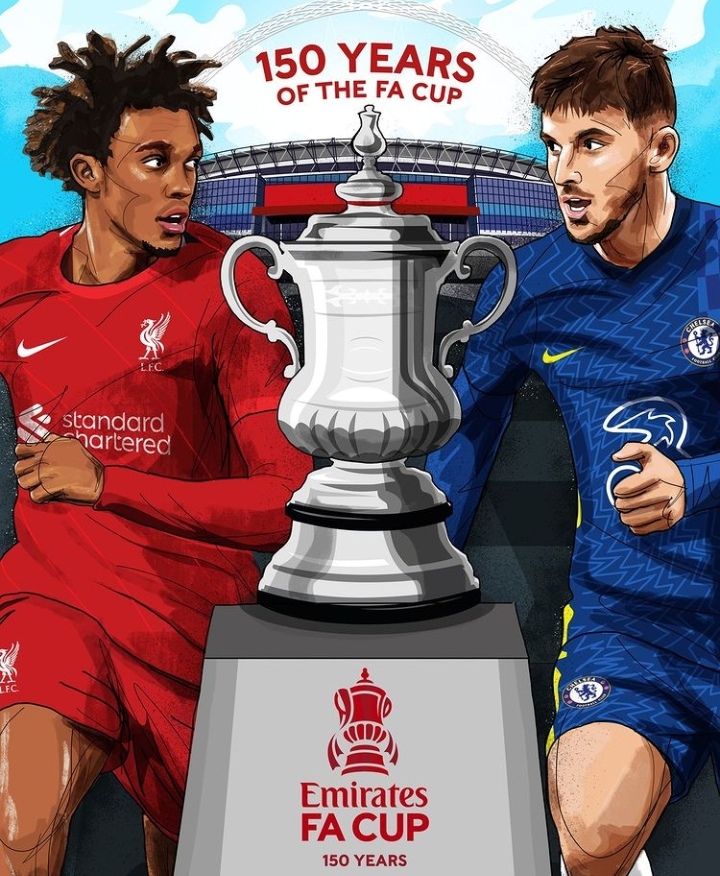 All is now set for the final showdown of the oldest football competition which is billed to take place at the famous home of football, Wembley Stadium later today. Having edged out Chelsea on penalties the last time in the Carabao cup, Liverpool will be hoping to do a double final over the blues when they take to the turf this afternoon.

Although, it won’t be as simple as we’ve put it, but the reds would easily be fancied to have the red ribbon on the cup at the end of the day, and ultimately doing a domestic double over the Stamford Bridge outfit.

Meanwhile, here are a few things that might happen when the two English powerhouses square up in the 141st FA Cup final today;

The Emirates FA Cup final makes it the second final both sides will be featuring in this season alone, after playing each other earlier in the Carabao Cup final.

On the injury front, the final might have come too soon for the duo of Kovacic and Fabinho who are a pair of latest players in the treatment room for both teams. Albeit the trio of Hudson Odoi, Kante and Chilwell would likely miss out altogether.

Just as they’ve played out a draw in their last three meetings this season, It won’t be a surprise if this match drags to the wire once again.

On a parting shot, a Liverpool win won’t surprise many, but from where I’m sitting, I do hope Chelsea win this one.

How to become a Millionaire