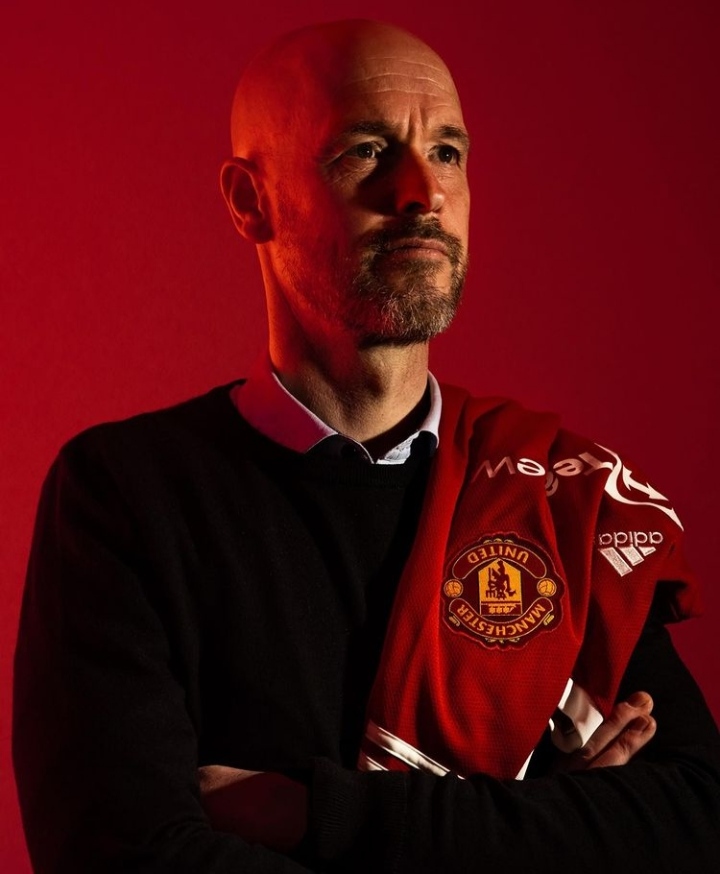 It’s a swell moment for Manchester United faithful across the world after being greeted by the news of Erik Ten Hag as the new first team manager of the Old Trafford outfit.

The Dutch who is currently seeing out his last season with Ajax will be linking up with the Red devils once his contract expires at the end of the season. 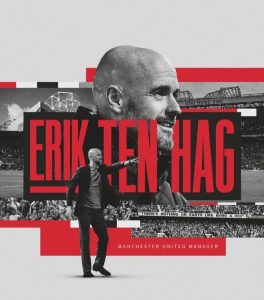 Erik is without doubt a decent coach who advocates for a fluid, attacking and total football. However, two of the many question that begs for answers is that will these crop of United players be able to translate Erik’s tactics effectively on the pitch, and how long will it take for the Dutch to fetch the ideal players for his preferred total football pattern?.

Well, just in case you’re wondering what the scope of total football entails_i’ll run you through it without sweats.
The “total football” which Erik favours is a tactical system in which any outfield player can take over the role of any other player in a team. Which means players are expected to cover up more blades of the grass, almost as similar to the gengen pressing. 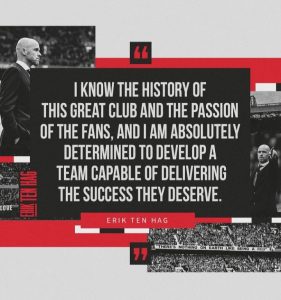 Now, what this means is that for players such as Rashford, Jadon Sancho, Matic, Bruno Fernandes who are more of system players might find it difficult to thrive as much under the incoming Manager.

Anyways, as always, it’s still very early days. And the man isn’t even in town yet. So perhaps we all just have to wait a bit more to see if he would be able to replicate his 156 wins in 210 games form in the ever demanding English Premier League.

Much needed songs for your weekend playlist