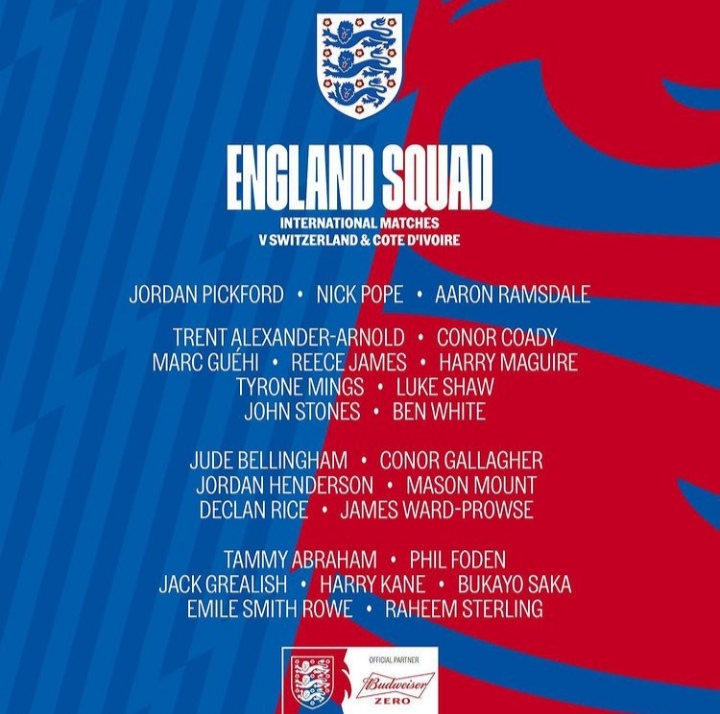 England released a 25- man squad lost ahead of their fixtures against Switzerland and Cote d’ivoire, and as expected a few regulars made the cut for the international friendlies while a couple of newbies, with Crystal Palace’ s Marc Guehi notably one of the new boys who made Gareth Southgate’s list for the prep matches. Although, eligible to play for the Ivorians, the former Chelsea lad opted to pledge his allegiance to the three lions. 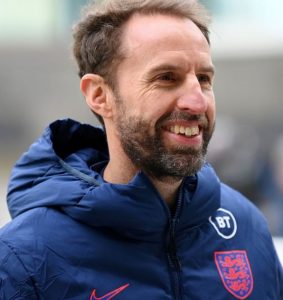 Southgate’s list might comprise of some familiar faces, but it’s easy to spot as much ommissions as one can count in the list of players called up. Manchester United duo of Sancho and Rashford weren’t lucky to get a space in the squad but there were spots for misfiring Harry Maguire as well as Aston Villa’s Tyrone Mings.

However, one player that hasn’t had a good going with the three lions is Ac Milan’s Fikayo Tomori who has had a couple of decent seasons since moving to the Italian side from Chelsea some months ago. 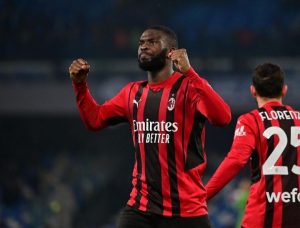 The young lad has grown to become arguably the best English centre back, especially on current form and this has left tongues wagging as to why he didn’t get a sniff of the England squad, yet Maguire who has had a season laced with woeful and horrendous performances gets to make the squad.

Perhaps Tomori made a mistake taking sides with the three lions in the first place, because he would have been playing at the heart of Nigeria’s defence if he had pledged his allegiance to the Super Eagles or even to Canada whom he is equally eligible to play for.

The English side boasts huge pedigree, prestige, and valour and it’s probably easy to see why young players get swayed by all these glamour whenever the get baited and prised with call ups that fades away as fast as it comes. This is the case with Fikayo who has only featured for the English side twice since he first earned his call up in 2019. Ever since, he’s put in a fine shift and series of admirable performances for his Club but remains overlooked on the international scene. Well, for what is worth, It will be a shame if such a young lad ends up having his international career cut short before it even began. But then again, only him would have himself to blame for finding himself in such precarious situation.

Bianca vs Ebele squabble: A slap a day keeps see finish away.