Who wants a super league? 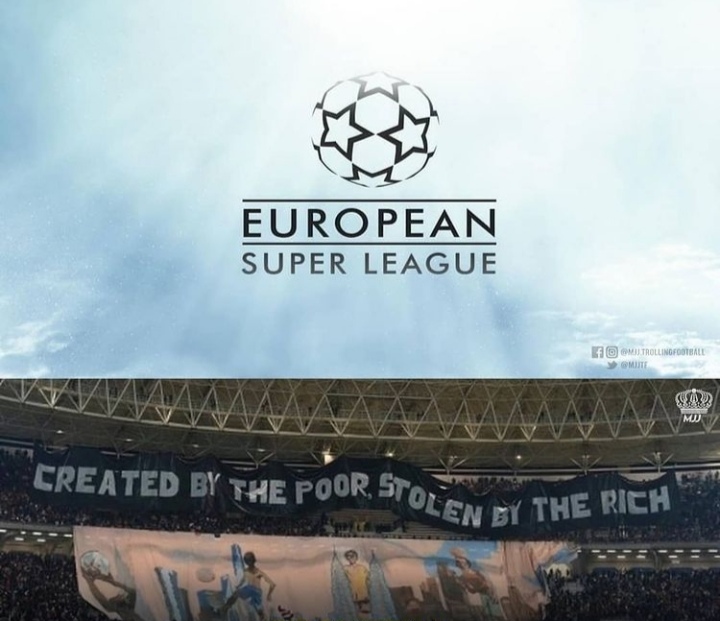 So, a certain European football or super league, whichever way you see it fit has been the talk of the town since yesterday. The football fraternity has been in sixes and sevens since the flames of the proposal escaped to the press. 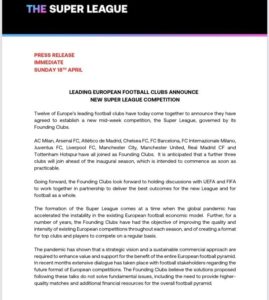 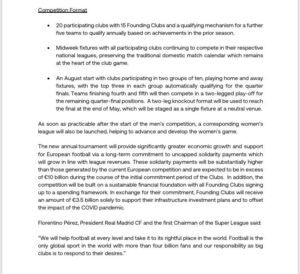 The Idea behind this curation of a new European league outside of the customary UEFA leagues is still a bit blurry, however one thing which is certain at the moment is that most of the top wigs in European club football such as Chelsea, Acmilan, Juventus, Manchester United, Realmadrid and others have pledge their allegiance to this cause.

As a consequence, some gaffers who have a different opinion have bluntly refused to subscribe to the whole format, and it’s no more news that Tottenham Hotspur’s coach Jose Mourinho have got the sack after he refused to take his team out for training as a result of the incongruity between the club and himself concerning the Super league. 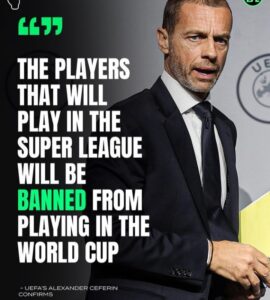 As it is, it appears more gaffers might be heading for the exit door, with Liverpool’s Klopp, Chelsea’s Tuchel and Arsenal’s Arteta all reportedly not in suppprt of the new move, as they feel it’s a sheer show of greed and prejudice on the part of the Madrid president who is said to be the one pushing for the move.

It’s still early days, but within the coming days, we’ll get a clearer picture of what’s brewing. Till then, I do hope that common sense be restored to European football.

My first visit to an art gallery

Even the Super league dropped points