The 14th Headies; All the juicy gists 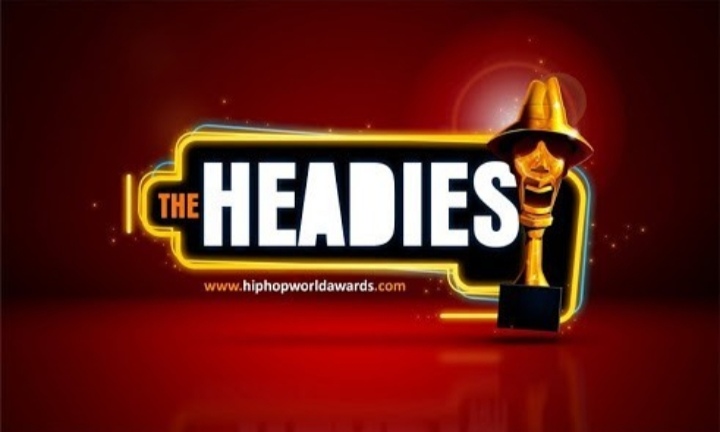 Last night saw Nigeria’s biggest and most prestigious music award event take centre stage. The highly anticipated 14th edition of the Headies graced our screens, and even though it didn’t quite play to the usual script, it wasn’t far from intriguing. 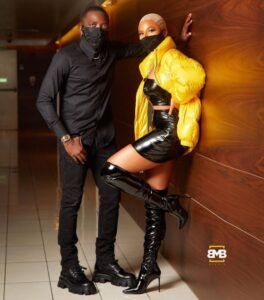 The award night started off with the red carpet which had McRhelax and Rakiya Abdul on the carpet duties. The headies which was themed “Explore” was almost virtual, but fans and music lovers across the country still managed to stream it on all major platforms put up by the organizers.

Although, the early stages was encompassed with some technical hitch, the event came to life as it wore on.
Nollywood actress and entrepreneur Iyabo Ojo won the best dressed/hairdo award courtesy Lushhairnigeria in the events off music section, and albeit Bovi who hosted the show alongside the ever dashing Nancy Isime did a great job, It was the former’s second outfit that stole attention on the night. His white attire with the bloody Nigerian flag design to tribute lives lost to the #EndSars protest last year made people super emotional. 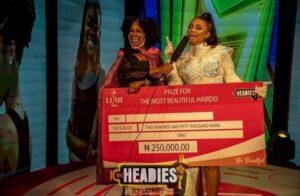 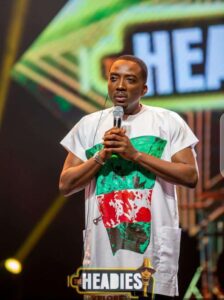 The event saw performances from newbies Zinoleesky, Jamophyper, Olakira and Bad boy timz who subsequently went home with a headie of his own. Reality TV show sensation, Laycon also performed alongside Joeboy and DjNeptune in what was a beautiful rendition. Other celebrities present at the event were Broda Shaggi, Sound Sultan, Nedu Wazobiafm, Wizkid and many others.

Major award winners of the night are as follows;

Best Recording of The Year
Brymo

Producer of The Year
Pheelz – Billionaire by Teni

Songwriter of the Year
Simi – Duduke

Song of The Year
Nobody- DJ Neptune feat. Joeboy and Mr Eazi

Artiste of The Year
Wizkid

Another round of oppression