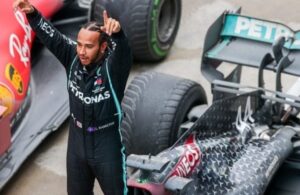 In the events prior to two or three nights ago, the question on the lips every lover of the Grand prix was if Lewis Hamilton could clinch the 2020 F1 Championship.

The Turkish Grand Prix is the first opportunity presented to Hamilton to win the title. If he finishes the race 78 points ahead of Bottas, he will be the champion. He notably already had a record-breaking 2020 with his win at Portimao moving him past Schumacher’s record of 91 victories. _ These and many more were the analysis and permutations on everyone’s mind as the cute looking Hamilton took to the tarmac alongside his competitors. 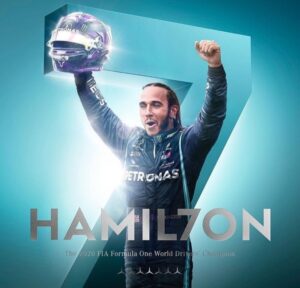 The tarmac wizard however went on to record a fine victory in the race, Clinching the 2020 F1 championship with a stupendous drive to victory in a wet and unpredictable Turkish GP to equal Michael Schumacher’s illustrious record of seven drivers’ world titles. A very tremendous feat to cap an eventful year.

Away from the Grand prix, The footballing world saw countries square up against each other on the international scene yet again. European countries continue their UEFA Nations league while other countries across the world put in efforts to seal qualifications into different tournaments ahead of them.

In Africa, the Nigerian super eagles played more like chickens as they hosted Sierra Leone and sheepishly threw away a four goal lead to draw against their African counterpart. A defeat that was nothing short of embarrassing. Another ugly side of the draw saw talismanic striker Osimhen stretchered out with an injury. However they get a chance to write the wrong later today when they take on the same opponent in a reverse fixture. 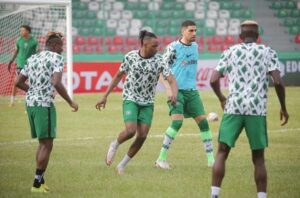 Elsewhere, England crashed out of the the UEFA National league after losing by 2 goals to the red devils of Belgium. The three lions put up a below par display and ultimately paid the price for their shambolic attitude. 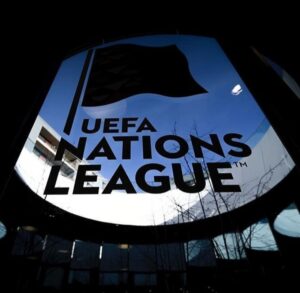 Silver lining the nations league is France who went on to become the first team to coast into the finals after beating a Cristiano Ronaldo led Portuguese side. With him in the lineup once again, they would have fancied their chances. But it just wasn’t to be.

The French would be joined by possible countries like Germany, Spain, Belgium, Denmark and others who are still battling for qualification.

Running from the wishlist