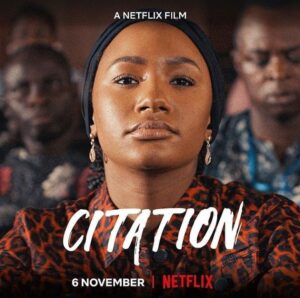 When I first watched the trailer of citation, well mostly heard, I was in the living room and my sister in the room when I heard Temi Otedola’s voice from her phone “I am moremi oluwa” and I remember cackling so hard I had to clutch the sides of my stomach. I had finally found someone whose Yoruba was far worse than mine.

This won’t be the first time Kunle Afolayan would be bringing magic to our screens, from Figurine to October 1, he had proven to be a stellar director, Citation wouldn’t be anything less…

Citation was initially released on the 6th of November and has since aroused the audience, most especially with the protagonist being played by the one and only Temi Otedola, I mean wow, surely we had grown comfortable with Cuppy’s increasing media presence to some people’s demise and Tolani in the music industry, seeing Temi in a movie really pleased I and my homegirls I mean have you seen her skin??!!? 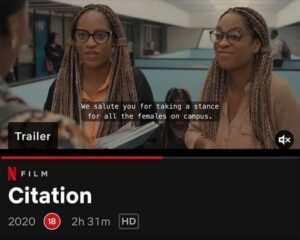 Citation is a movie about the oppressive exchange that occurs between teacher and student known as sex for grades. Moremi whom is played by Temi Otedola is in pursuit of her Post graduate degree and along the line falls victim to the manipulative, sinister and evil professor played by Jimmy Jean.

Moremi falls in love with a final year med student, Koyejo, played by the one and only Gabriel Afolayan, and fights for her life and right to study before the education board of her university. 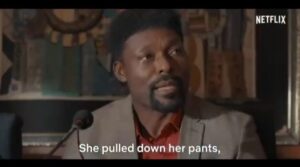 Some great parts about the movie are scenes where Temi speaks Yoruba, it buttresses more on the character she played, truly showing her to be the ‘young girl who got to go abroad and finish school early because of her brilliance.’ Or Scenes where Gabriel walks and talks like a yeast fed peacock, the air that usually accompanied ‘final year med students.’ The infuse of French was also very much appreciated.

Citation’s biggest problem was the inability for the viewer to truly connect with the main character, which was of course the intent of the movie but it kind of felt bland and like it was ‘just a movie’. The storyline and plot behind the movie are much to heavy to leave the viewer void of any type of sentiment towards the character. No brooding after, just an acknowledgement of event. It felt like an abrupt end.

Citation did a great job of bringing these issues closer to limelight. It is not a ‘perfect movie’, I assure you but it’s screenplay was excellent and would rate it a 3.7 out of 5.