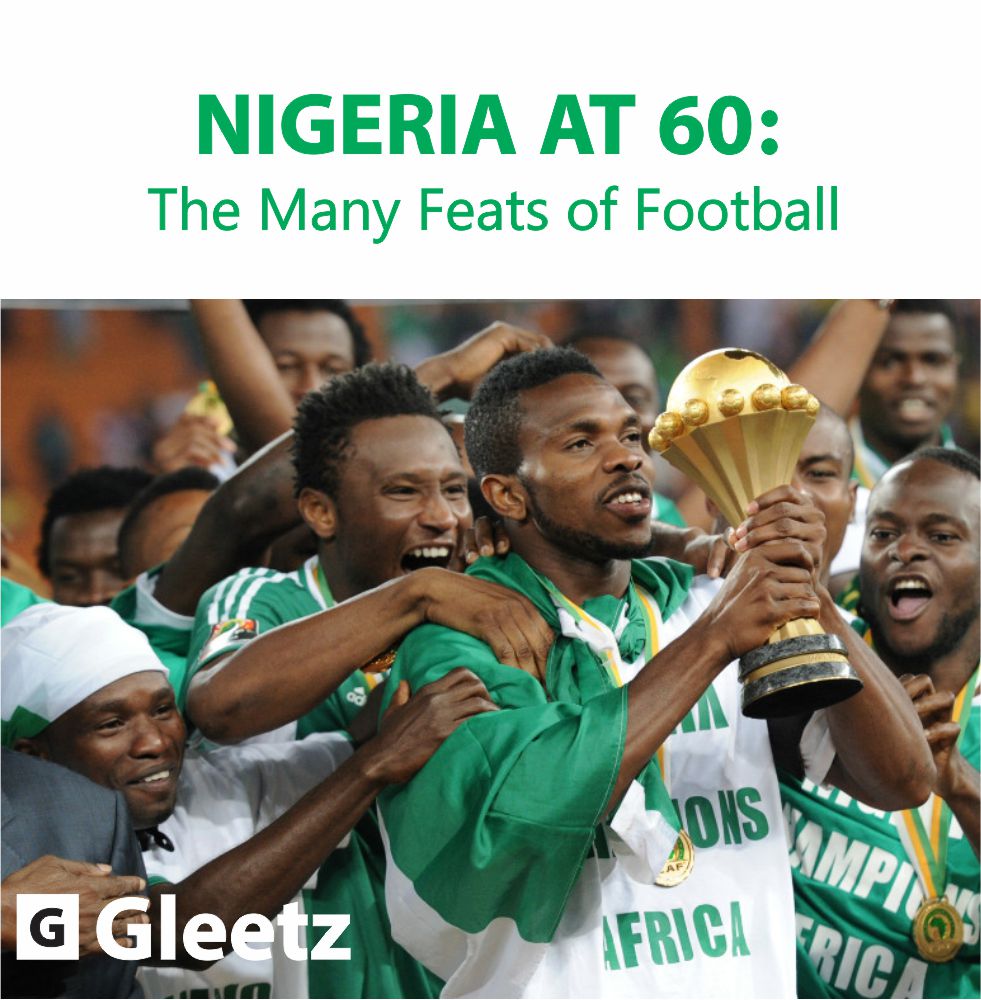 Nigeria’s venture into the footballing sphere didn’t quite kickstart until 1954 when the Nigeria’s football Association was formed. Albeit prior reports suggested that the nation has been involved in world football since the 1920s, even though there were no records whatsoever to back up this claim.

During the whole build and set up, there were lots of back and forths that saw several strings been put together for the success of the team. A host of players were lumped up together in the team basket, some of which included Godwin Anosike, Tesilimi Balogun, Isiaka Shittu, Etim Henshaw who was the first team captain amongst other players who graced the team at the time.

The Nigeria’s team first ever official game was played against Marine Cosby which they won by 5 goals to two making it a massive win for a team that was only just coming up, and also played without boots. Very funny! Well, call it a decent start for the newbies and you’re spot on.

After the massive win, the team made contacts with some other football teams in order to schedule a match, but unfortunately most of them didn’t honour the invites as they didn’t see themselves playing against a Nigerian team that had no boots. It was a hard one on the boys. But the passion and zeal was clearly visible amongst them.

The year 1960 saw the beginning of a new era in the country. Nigeria got her Independence amidst jubilation and wild ecstacy maong the citizens. However, the same couldn’t be said for the national team who played against the Pharaohs of Egypt in a qualifying game for the Rome 1960 Olympic games. It was the team’s first ever International competitive game. They took to the turf in their green jerseys looking so radiant; Sadly, they lost hopelessly. The only silver lining was the name “Green eagles” which they started answering after that match.

Nigeria first participated in the Nations Cup when Ghana hosted in 1963, but the Green Eagles exited in the first round. They didn’t quite have a good run at the competition. In the 1970s a new generation of players developed to the national team level. This development was spurred by our first major triumph. We won the gold medal at 1973’s All Africa Games which we hosted. This new generation of players qualified us for our second AFCON, which was hosted by Ethiopia in 1976. We ended up clinching bronze.

In 1978, we qualified for the AFCON again, hosted by Ghana, and again got bronze, beating Tunisia 2-0. Finally, our first AFCON title came when we hosted the tournament in 1980, wrapping up the tourney with a 3nil whitewash of Algeria.

In April 1994, the Super Eagles were ranked 5th in the FIFA rankings, the highest FIFA ranking position ever achieved by an African football team. Throughout history, the team has qualified for six of the last seven FIFA World Cups (as of 2018), missing only the 2006 edition and have reached the round of 16 three times. Their first World Cup appearance was the 1994 edition . The team represents FIFA and Confederation of African Football (CAF). 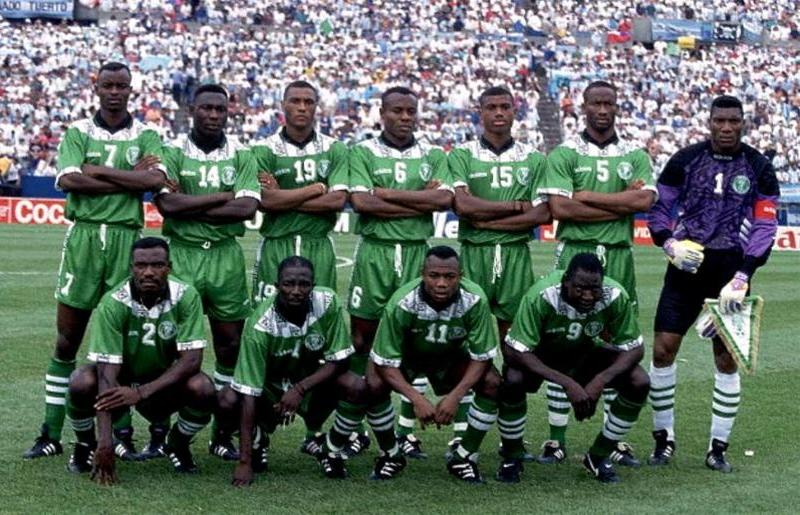 In 1996, Atlanta hosted the Olympics, and it was at the event that Nigeria made Olympic football history by becoming the first African and non-European and South American team to win the gold medal. It was no doubt one of the highlights of Nigerian football till date.

That tournament saw the likes for Okocha, Daniel Amokachi, Victor Ikpeba, Emmanuel Amunike and the ever present Kanu Nwankwo who also captained the side at the competition. It wasn’t an easy ride to the final as they overcame a fierce Brazilian side to set up a finale with another South American side in Argentina where they emerged victorious, winning by 3 goals to 2 to clinch the trophy.

Away from distant times, A close look at the contemporary period has seen the national team clinch the African cup of nations thrice, with their most recent title in 2013, after defeating Burkina Faso in the final.

The super eagles have also tried their luck with the FIFA World cup a couple of times. Albiet they’ve not been as lucky. The team has graced the tourney six times in the past with the most recent one being Russia 2018 where they managed three points from three group stage matches but lost the chance to feature in the second round after being defeated by an Argentine side that boasted the likes of Lionel Messi and co, a team that has been a nightmare in recent times.

The hanker of many Nigerians would be for the team to at least reach the latter stages of the world cup someday, perhaps a semi final feat would put huge smiles on everyone’s face. But until that happens, we keep our fingers crossed and watch how quickly they grow.

However, in recent years, the Nigeria national men’s football team has been moniked as the Super eagles, while the governing body formerly NFA got changed to Nigeria Football Federation (NFF). After years of growth and the incorporation of young players such as Alex Iwobi, Kelechi Iheanacho, Wilfred Ndidi, Joe Aribo and many others being bedded in, the National team can be thought to be gradually coming back to limelight once again, and it’s perhaps only a question of time before the team moves up the FIFA ranking ladder from it’s current 29th position.