Nigeria has a mental health problem 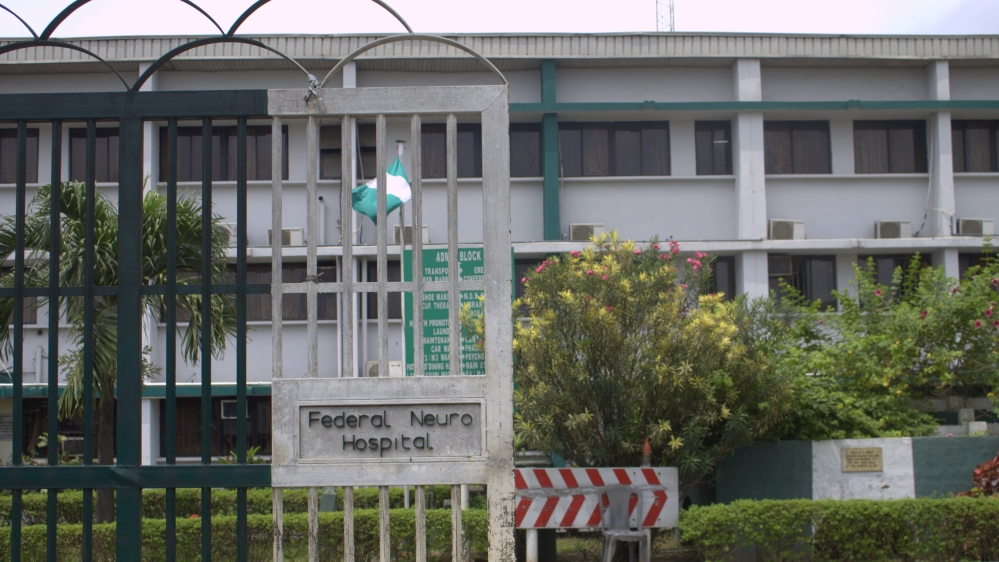 One in four Nigerians suffers from mental illness, but help is hampered by tight budgets and a lack of skilled staff.

On the outside, the Federal Neuro-Psychiatric Hospital Yaba seems tranquil.

But on the inside of this century-old facility – one of only a half-dozen psychiatric centres in Lagos, and the only one run by the federal government of Nigeria – tensions are running high.

At the outpatient clinic, the crowd of people waiting to consult with doctors is so thick that it spills into the hallway.

The workload is so overwhelming that Dr Dapo Adegbaju, a psychiatrist rushing to attend to an agitated patient, has slept in the hospital for the past two nights.

In the emergency ward, a patient named Jide languishes in a queue where he has been waiting since 7am.

One in four Nigerians – some 50 million people – are suffering from some sort of mental illness, according to the World Health Organization (WHO).

There are only eight neuropsychiatric hospitals in Nigeria. With dire budget and staffing shortfalls prompting doctors to go on strike, leave the country, or quit the medical profession altogether, the prognosis looks as grim for psychiatric care at Yaba hospital as it does for Nigeria’s healthcare system as a whole.

The seventh-largest country in the world, Nigeria has Africa’s highest rate of depression, and ranks fifth in the world in the frequency of suicide, according to WHO. There are less than 150 psychiatrists in this country of 200 million, and WHO estimates that fewer than 10 percent of mentally ill Nigerians have access to the care they need.

The stark difference between Nigeria’s need for better psychiatric care – and the resources available – is illustrated by the healthcare gaps at Yaba psychiatric hospital, which had a 2018 budget of 133 million naira ($372,000) – but only 13 million naira ($36,000) or less than 10 percent of that amount released by the federal government.

As a result of financial deficits and other challenges, Yaba hospital lost 25 – roughly half of its resident psychiatrists over the past four years. Some left to find work in other countries. Some went to private hospitals. Others simply quit. The facility now has 33 resident doctors and 22 consultants scrambling to address the needs of the more than 5,000 patients that they treat every year.

Each doctor now tends to 50 to 80 patients per day – including the 535 who fill the inpatient beds, and the 100 or more emergency cases who are rushed to the hospital each week.

Yaba’s psychiatric clinic, once open from 9am to 1:30pm, is now open until 5pm so its doctors can try to catch up on their backlog of patients.

Critics say Yaba’s shortfalls are not only affecting the quality of its services, but the bottom lines of its patients and their families, too.

A father sitting next to his teenage daughter in the queue of patients tells Al Jazeera that he has spent 1,440 naira ($4, or half the average daily pay in Nigeria) to bring the girl in for that day’s treatment. Because the journey – and the more-than-four-hour wait to see a doctor – are both so time-consuming, the exhausted-looking father has taken a full day off work – putting his family at financial risk – to give his daughter the psychiatric care that she needs.

Despite the long wait, the girl – who comes to Yaba about twice a month – will have only a short time to consult with her psychiatrist.

“A patient ought to spend between 25 and 30 minutes with the doctor, but ends up spending between four and five minutes,” Yaba psychiatrist Dr. Afeez Enifeni tells Al Jazeera.

The father says he is determined to make the most of what the hospital can offer his daughter.

“Health,” he insists, “is more important than anything else.”

This past summer, Yaba hospital’s Association of Resident Doctors (ARD) held a four-week strike to protest the conditions facing the facility’s practitioners and patients.

“We could not continue bearing the moral burden of rendering below-par mental health services to our teeming patient population,” ARD said in a statement it issued at the start of the strike.

ARD president Dr Enifeni told Al Jazeera that a main goal of the strike – which halted the admission of new patients for a month, required that emergency cases be turned away, and ended in promises to hospital employees that the facility has yet to fulfill – was to spur the hospital to hire more doctors.

Between 2014 and 2018, 40 doctors completed their six-year training at Yaba hospital – then sought employment elsewhere. Some may have left for financial reasons: Yaba doctors can face two-to-three month delays in being paid their wages. And due to a no-work, no-pay policy implemented by the Nigerian government, those who went on strike this summer may not receive the salaries they would have earned during the month that they were protesting.

Enifeni says the workload has become “unbearable” for the 33 psychiatrists and resident doctors who are still working at the hospital – one of a growing number of healthcare facilities in Nigeria where workers are going on strike.

Yaba spokeswoman Philomena Omoike said that though the hospital wrote to the Ministry of Health in June and requested 15 more doctors, that request had yet to be filled.

“The constant leaving of the doctors,” she said, “makes recruitment harder.”

Roughly nine out of every ten doctors in Nigeria are seeking to leave the country and find work elsewhere, according to a 2017 poll by the nonprofit organisation Nigeria Health Watch.

The desire for better opportunities – improved pay, facilities, work environments, professional satisfaction, tax breaks and career progression – were among the reasons that psychiatrists and other doctors surveyed said they were hoping to emigrate.

Every week, reports the General Medical Council of the United Kingdom, at least 12 doctors leave Nigeria to seek employment in the UK, where they can earn twice as much as they do at home – and where the number of practicing doctors from Nigeria has more than doubled in the past 13 years.

‘No funding from the government’

Nigeria Health Watch projects that with Nigeria’s population on the rise (it is slated to double by 2050, according to the United Nations), the country will need to stop losing doctors and instead start bringing more in – at a rate of 10,605 per year – to keep pace with overall patient demand.

Nigeria’s former Minister of Labour and Employment, Dr Chris Ngige, said in April that the country had “more than enough” doctors.

But practitioners at Yaba – and their patients – disagree.

They say Nigeria needs to start spending the money it has pledged to devote to psychiatry services and other forms of healthcare, too.

Along with 20 other member nations of the African Union, Nigeria signed the 2001 Abuja Declaration that promised to earmark 15 percent of its federal budgets for healthcare.

A 2011 WHO report found Nigeria had made “insufficient progress” towards that target. And by 2018, the country had allocated just 3.95 percent of its budget to funding its Ministry of Health.

For the physicians, residents, and patients of Federal Neuro-Psychiatric Hospital Yaba, the money and support for which they have been long been waiting cannot come too soon.

“There has been an increase in patients,” says Omoike, “but no funding from the government.”

“I Pass Meaningful Messages With My Songs” – Dollypeeh